Inside the agency: The Barbarian Group’s new HQ 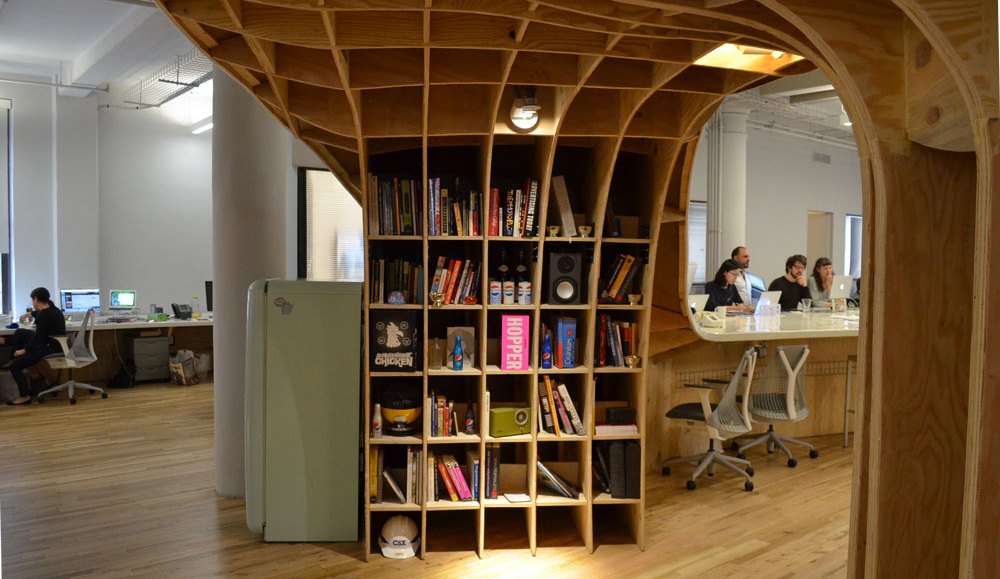 The first thing anyone will ever notice upon entering The Barbarian Group’s new Chelsea digs is the much-publicized “superdesk” — and that’s precisely the point.

“If you just look at it, it’s like, ‘Oh, interesting people probably work here and make interesting things,'” said Keith Butters, co-founder and chief experience officer at The Barbarian Group, on how the new space — and especially the new desk — reflect the culture.

The Barbarian Group has moved four times now but hopes to make its latest space home for a while. On a recent tour of the agency, Butters showed Digiday how the new space has been designed to foster easy collaboration in ways that the old Tribeca space — viewable here — didn’t.

(Entry and view from entry of open space and superdesk)

The seemingly never-ending, billowing superdesk was designed by architect Clive Wilkinson, best known for designing the Googleplex and convincing search giant that cubicles suck. It took about 10 months to design and 15 weeks to construct.

“We wanted an open plan,” said Butters. “The last office felt too disjointed.”

As Butters explained, the superdesk was specially designed to create an open, flowing space where different departments can easily work together; however, the curves and arches of the desk also create plenty of private spaces for people to work on their own or meet in small groups. Finding that balance between open and private was the biggest challenge in designing the new office space, according to Butters.

The “honeycomb” design of the wood under the archways helps keep the sound boxed into these compartments so people can actually have private conversations. 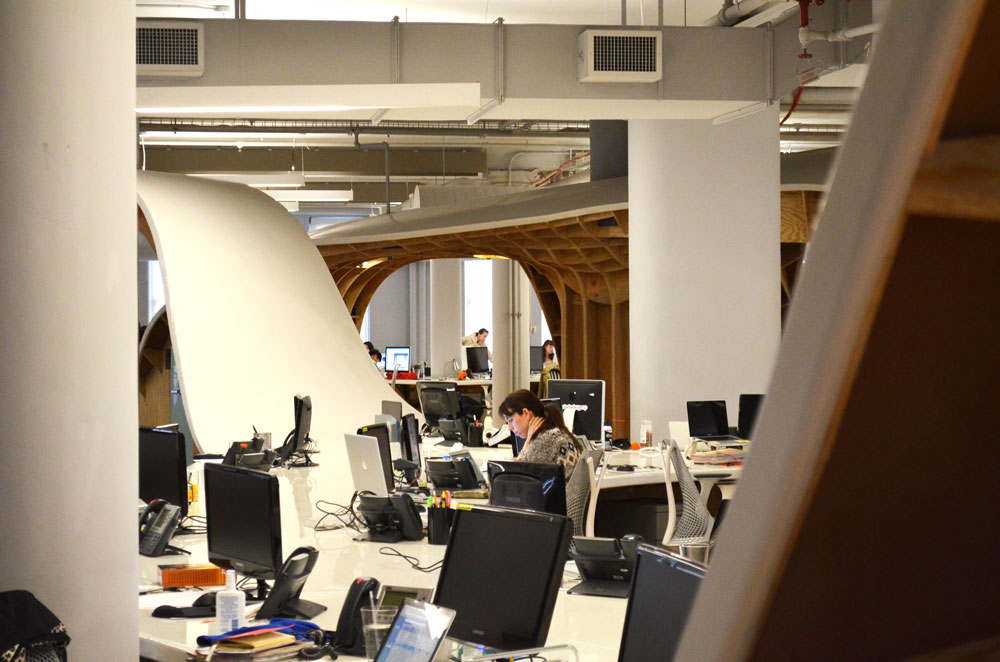 The seating arrangement for the superdesk was another challenge.

“We actually handed out a survey to everyone beforehand to figure out what type of space they need, with questions like how often are you on the phone and things like that,” explained Butters. The survey results helped inform the desk design and seating arrangement. 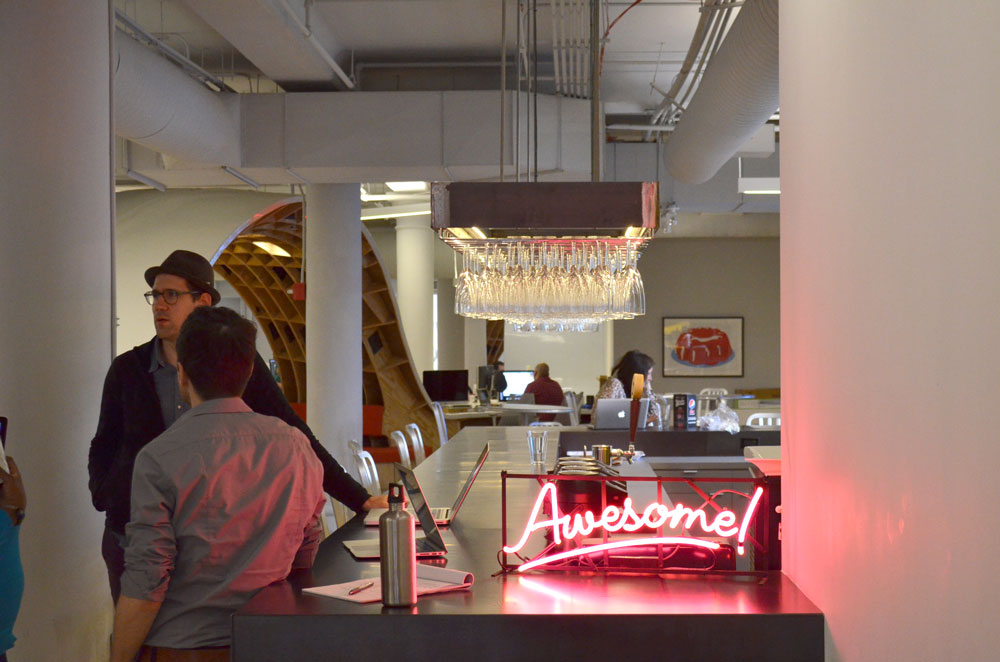 The bar area has become a major hangout area for staffers. Many eat lunch at the bar, and in the evenings, people hang out, drink beer and watch different sporting events on the TV that hangs above the cafe tables near the bar.

“In our old space, the kitchen was kind of just stuck under the stairs — people mostly ate lunch at their desks,” said Butters. “Now there is a lot more camaraderie — people converge around the bar.”

But not all of the old Barbarian Group has been lost. There are still a few traditions that have been carried into the new space. For example, the conference rooms — the few entirely closed off spaces — are still named after David Bowie albums, and  “Barbarian artifacts,” like the plastic white horses and the neon “Awesome” sign, can be spotted around the office.

“The whole thing is set up for collaboration,” said Butters, “for not having to knock on doors.”