Creative agency 72andSunny was born out of a partnership between John Boiler, Glenn Cole and Robert Nakata in 2004, when it set up offices in Los Angeles and Amsterdam. The agency helped Samsung surpass Apple in cell phone sales, earning it the distinction of “Agency of the Year” by Adweek and AdAge in 2013 and 2014. It opened its New York outpost on Fifth Ave last year, where it shared a space with parent company MDC.

Last fall, it moved to the hipper Cooper Square area of Lower Manhattan. Its 13,000 square-foot East Coast digs might be dwarfed by its sprawling 58,000 square-foot “Hercules campus” in Los Angeles, but the space is designed to embody the agency’s culture of collaboration.

“We’re keeping alive the principle of one agency, three doors,” said Guillermo Vega, the agency’s executive creative director in New York. “Whether it is New York, Los Angeles or Amsterdam, you are going to find our core values of openness, optimism and collaboration there.”

Tim Jones, 72andSunny’s director of strategy, added, “There are no ghettos of power here.”

The white-walled, high-beamed office that houses nearly 50 employees is spread over two floors, with ample natural light that pours in through its wide glass windows. The décor and furniture are modern and minimalist, with a mixed solid-and-pastel color palette. Geometric lights hang from the ceilings. 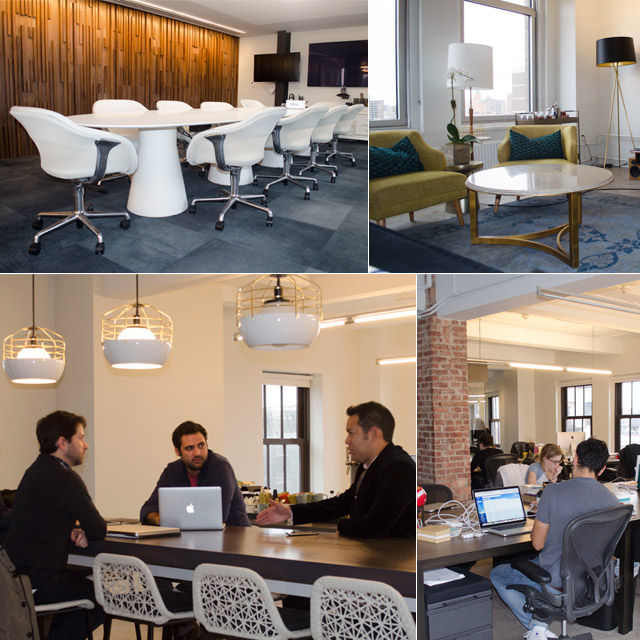 The center of all activity, however, rests at the big wooden tables lining the open layout — there are no individual desks – keeping the communal spirit alive. There are six glass cubicles for meetings and conference calls, and exposed brick columns that hint at the building’s history.

“We are like a startup – changing constantly,” Vega told Digiday, adding that there was no place for individual egos. “We’ve embraced this model from the beginning: There is one station in the space where everyone sits together.”

There are some stylistic elements that are direct echoes of the Los Angeles space, like the big second floor wooden wall and the magnetic whiteboard wall, which is still in development. There is also the communal kitchen, with a tall counter and bar stools. 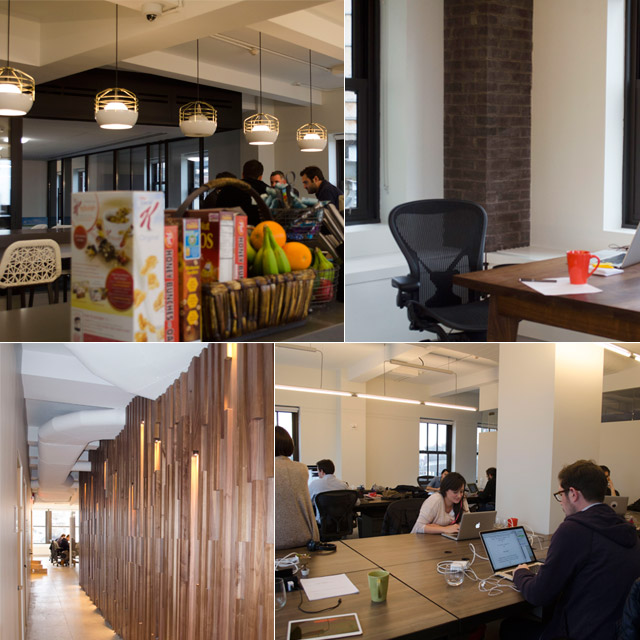 Certain cultural elements have been imported from the West as well, like “Taco Thursdays,” the New York-version of the L.A. office’s “Free-Food Fridays,” and frequent happy hours. And an Xbox sits in the open waiting area, with FIFA in heavy rotation.

“We joke about how not sunny it is in New York,” Jones said. “We obviously cannot replicate the sunny weather, so we replicate the culture.”

As 72andSunny preps for its official launch party on Feb. 5, it is making sure the space reflects the unique qualities that the city has to offer.

“L.A. is the intersection between entertainment and technology, while Amsterdam is more influenced by design,” Vega said. New York, he said, would offer “media and art, and the East-coast talent pool.”