‘An industrial complex’: Why the Uber-Fetch lawsuit won’t change anything 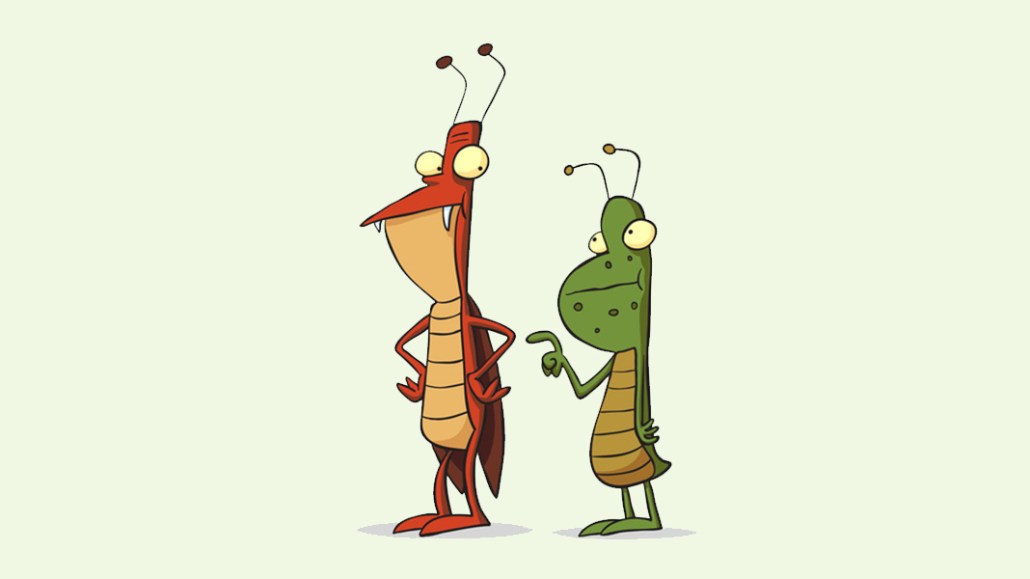 The latest marketer-agency suit to rattle the industry will have many claiming the death knell for agencies.

On Monday night, The Wall Street Journal reported that Uber had filed a suit against Dentsu-owned mobile ad agency Fetch, alleging the agency had failed to return rebates to the brand and misrepresented how effective its media buys were. It also alleged that Fetch caused $50 million worth of damage to Uber by purchasing nonexistent and fraudulent ads for Uber without telling the company.

But unfortunately — or fortunately, depending on where you sit — agencies won’t be so quick to get killed off. After all, a $48 billion business is hard to kill. And as everyone from Publicis Groupe’s Rishad Tobaccowala to Pivotal analyst Brian Wieser has said, agencies are like cockroaches — they end up surviving.

“Advertising is an industrial complex,” said Engine chief experience officer and Deep Focus founder Ian Schafer. “There are as many forces propping it up as trying to disrupt it.”

In a statement, Fetch CEO and co-founder James Connelly not only said Fetch had not engaged in anything Uber was accusing it of, but that Uber itself was unprofessional: Fetch claims Uber stopped paying invoices for services provided by 50 vendors Fetch had worked with to place its advertising — and that Uber claimed ad fraud as a reason to not pay invoices.

“Any negativity around the industry doesn’t help. There may be short-term fallout, with some clients questioning whether they should take their mobile budgets in-house,” said Ollie Bishop, CEO at Roast. But in the longer term, this may encourage transparency between clients and agencies, he said.

One reason why agencies won’t crack: procurement. Marketers are always focused on cost, even if that means using trust as leverage. For Schafer, it seems like a no-brainer that if accusations like this end up being true, nobody should hire that agency again — and perhaps this causes some sort of shake-up within agencies in general. But the ecosystem doesn’t allow for that kind of effect. “Fraud has unfortunately become an all-too-common occurrence in this industry, and you’re either taking advantage of it or trying to clean it up,” he said. “There’s just too much money in advertising to expect that the industrial complex itself will always do the right thing.”

Another big reason is size. From holding companies to the complicated nature of digital media, everything in advertising has been designed to be as big and confusing as possible. It makes sense, since agencies claim to be the ones that can make sense out of the confusion for clients. And the bigger entities get, the more they are protected from things like measurement issues or fraud accusations.

This lawsuit is just the latest sign of the credibility crisis looming over digital media. Last year, the Association of National Advertisers reported on the lack of transparency in digital ad buying, which created somewhat of a cascade of marketers feeling disappointed about where their money was going. Procter & Gamble chief brand officer Marc Pritchard has said digital advertising doesn’t work. Restoration Hardware CEO Gary Friedman did the same last week at the Global Retailing Conference, saying the large majority of his spend online was simply wasted. There seems to be a trust crisis among marketers.

“This is a reflection of what has been building over the last year — the breakdown of trust between media agencies and their clients with regard to digital ad spend. To get to a law case, though, is very unusual,” said Paul Wright, executive at Iotec Global and the former Omnicom UK chief digital officer. “Regardless of which side is right, it suggests a pretty major breakdown somewhere between the two companies. The issue of mobile ad fraud and fake installs has been building over the last two years, but as far as we are aware, no one has ever taken their media agency to task before on it. For what we have heard, issues like this and anything around transparency have been dealt with privately.”

That last part is important: Coming out vocally and loudly on issues of transparency is en vogue, whether it’s against the platforms like YouTube in the spring or agencies today. As one buyer told Digiday, what brands ultimately care about is cost. “You can’t have something cheap and also be perfect and effective,” said this person, speaking under the condition of anonymity.

For example, there is already justification around what Fetch did or didn’t do. As one executive, also speaking under the condition of anonymity, said, “mobile ad fraud has been known about for a while”; the question has been what kind of processes agencies are putting in place to guard against it. “Many have done little about it, mainly because they haven’t had to care about it. As long as they hit the download number set, they don’t mind, and ironically that [chasing volume of downloads] is what drives fraud.”

For agencies, it’s about clients setting unfair objectives, said one exec. “A lot of this is down to clients setting certain objectives and then agencies chasing them blindly and without worrying about where they are coming from,” said this person, who also prefers anonymity. “The mobile app world very much relies on apps being on the best-seller lists of the app store. Installs are important to achieving that — so to chase for volume of installs results in fraudulent activity because fraudsters follow the money.” Essentially, the digital media world rewards some level of fraudulence.

“The ad industry is on a quest to scale and get as big as it can, but at what expense?” said Schafer. “Many are fond of saying that agencies are like cockroaches, but unlike the insect, the biggest ones are sentient beings, conspiring to survive anything and everything. There are too many other options out there to accept working with a roach.”