How Tech Companies are Missing Out on Billions 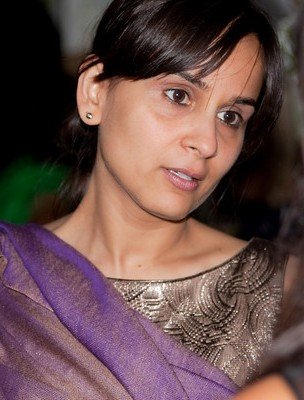 A great number of marketers are missing the boat when it comes to selling high tech to baby boomers. Often they think that boomers don’t own as much technology as members of Gen Z, X or Y and are less likely to adopt new technology than those a generation or two behind. So, they — mistakenly — believe it’s safe to simply ignore designing or marketing digital doodads to boomers.

Sure, boomers are divided by gender as any other stereotypical age group. But beyond male and female, there are two distinct boomer age groups: younger boomers — ages 46 to 55 — and older boomers — ages 56 to 66. There are stark differences between these two groups, and marketers must adopt more sophisticated techniques to reach each specific group. If they don’t, boomer-oriented campaigns are DOA before the first marketing dollars are spent.

Younger boomers are adults with financial and familial responsibilities, but they still think of themselves as young. Older boomers, however, have a more acute, if unwanted, sense of aging and mortality and are more attracted to technology that tangibly improves their lives, is less cutting-edge, is more functional and utilitarian, and appeals to a sense of security. The danger for marketers is trying to lump all boomers into one melting pot, and then toss in seniors, which represent an entirely different demographic, for good measure.

When tech companies combine product creation and marketing for boomers and seniors, they risk alienating all three groups by not recognizing their differences and specifically meeting their needs or addressing their specific tastes. The key element for marketers to remember in tech-oriented campaigns is this: Both younger and older boomers have reached distinct life stage conclusions to rationalize spending more to get what they perceive to be the best. Younger boomers believe, “I deserve this,” while older boomers wonder, “What am I saving it for?”

In practice — as Apple has done — it means explaining practical uses of gadgets in demographically appropriate ways to inform boomers how technology can improve their daily lives, without the spec-laden, gigabyte gobbledygook. Recent ads by LG state-of-the-art appliances stress how much time boomer parents can save on housework, time they can gain with their families, accomplishes this “I deserve this” goal.

Marketers should then target their “how it works for me” messages to the media channels most likely to appeal to these differing boomer groups, including social media. That means Facebook, not Twitter. The older one gets, the less likely one is to “get” Twitter or be able to say anything in less than 140 characters.

In regard to the older set, marketers should also consider tech sites that target boomers and seniors specifically. These sites only offer products and news aimed at less tech-savvy readers, and how-tos filled with step-by-step instructions and reasons for adopting the latest technology or device in the first place.

So what will boomers buy? It’s probably easier to answer what boomers won’t buy: products hawked solely on eye-glazing and mind-numbing series of specs stats. It isn’t that boomers are tech-adverse; they are tech-sensitive. Younger boomers don’t want to admit their kids know more about tech than they do. Older boomers admit they haven’t kept up and don’t even try to;  in fact, they often revel in their ignorance, rationalizing that if some new technology was important enough they’d know about it.

In essence, tell a boomer how many quads a stereo has and they’ll change the channel. Tell a boomer how a new digital doodad will help them navigate, improve and enjoy more of his or her daily life and he or she will beat a path to your digital door.