How Starbucks Won the Shutdown Conversation 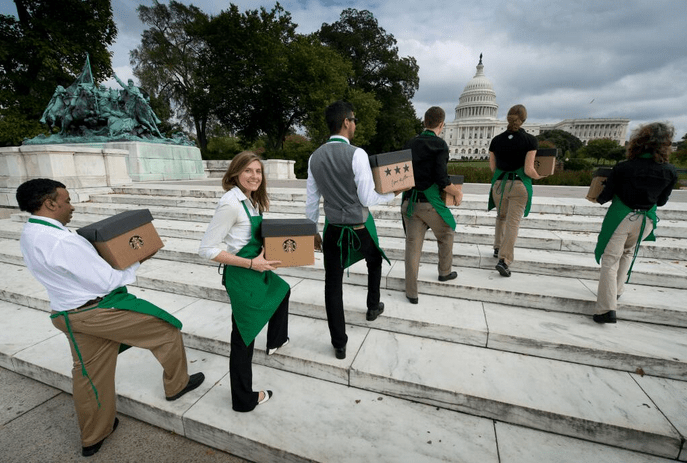 As you probably noticed, the 16-day government shutdown shook up the social media landscape, with all the predictable political posturing, joking and pointing of fingers. But unlike other occasions when brands have awkwardly, sometimes even offensively, inserted their voice into national conversations – urging customers to shop online in the midst of Hurricane Sandy, posting hearty breakfast cereal recipes in tribute to the Boston bombing victims – one company stood out in all the hubbub around the shutdown this week: Starbucks.

But when the coffee giant announced the “Come Together” campaign to have its customers (i.e., everyone) petition the government to resolve its stalemate, it not only offered Americans a glimmer of civic hope, but it gave a stunningly well-executed case study in how brands can be part of these big moments without ruining them – and can be leaders, too.

It was patience, ironically enough, that played a major role in Starbucks’ success in being the first to translate the negative feelings about the shutdown into positive buzz for the brand. At first glance, the connection between Starbucks and a government crisis might seem like a stretch. But in truth, the campaign was a perfect fit for the company, which had used the #ComeTogether hashtag during the fiscal cliff debacle.

Starbucks managed to connect one of its central brand values — bringing people together — with the consumer’s power to demand change. The company was patient enough to wait for the right issue to come at the right moment. Careful thinking about the brand and long-term marketing planning were what positioned the company to strike immediately without having to resort to half-baked ideas or ad hoc tactics.

More brands need to understand that acting quickly depends on planning slowly and carefully, since arriving first means little if you don’t know what to say, or how to say it, once you’re there.