How Much Retargeting is Too Much? 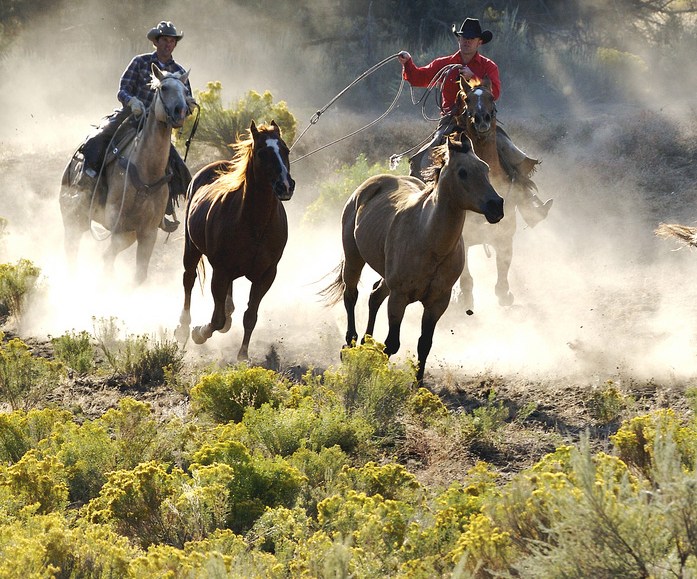 Once upon a time, online advertising exposed users to new products and services. But now many users find themselves chased around the Internet by just a handful of brands at a time. Welcome to the Retargeting Era.

On the surface, retargeting makes perfect sense. The biggest weakness of display versus search is display doesn’t have very good intent signals. Someone who has shopped at an e-commerce site like Zappos — that’s a much better signal than the fact she is reading an article about fashion.

The problem is that before long the Web could find itself dominated by retargeted ads and little else. Ad exchange operators already estimate that up to half the impressions traded in their marketplaces are informed by first-party data, most of which is simple site-retargeting data. Retargeting is the one area of display advertising where ROI isn’t questioned. (There are legitimate debates over whether attribution models give retargeters too much credit — after all, many other things generated that demand in the first place.)

Some of the most prominent retargeters are, perhaps unsurprisingly, firms selling retargeting technologies and eating their own dogfood to spread to the word. AdRoll and MediaMath are good examples. A visit to either of their sites will spur them to chase you around the Web for weeks, regardless of the number of impressions they expose you to. Their ads appear all over mid- and long-tail sites whose placements are filled primarily by exchanges and networks, but also on those of larger publishers like the New York Times and Weather.

But consumer brands are just as aggressive. There’s Zappos, of course, which has emerged as the go-to example of creepy retargeting, but other brands including Zipcar, LifeLock, Spotify and Seamless are serving up millions of retargeted impressions, too. As an experiment, I visited the websites of each of the companies listed above and went about my business on the Internet for the next five days. The results were instructive.

Abandoning a Zipcar registration half way through will unleash nothing less than barrage of retargeted ads, for example. Again, they don’t just show up on mid-tail like UrbanDictionary.com. These ads followed me to the homepages of the Washington Post and NYDailyNews.com, and on article pages for a range of major publishers including the NY Times, The Huffington Post, Weather and Facebook. Forbes even decided to show me three of the same ads on a single page, stacked on top of each other, presumably to ensure the message came across. Message received. Zipcar really, really wants me rent that car. It’s retargeted ads did offer me $70 in credit for clicking, though.

Identity-protection service Lifelock was much the same. Hitting the company’s homepage for a second or two was enough to subject me to literally thousands of impressions, sometimes four or five to a page. I’m not going to purchase Lifelock’s services, but there appears to be no way to opt out of receiving ads from the company.

The incessant retargeted ads for Spotify were somewhat puzzling, given the fact I’ve subscribed to the service for years. If I visit Spotify.com, I’m greeted with a message acknowledging the fact I’m a premium subscriber, which is nice. Why, then, am I repeatedly targeted with ads offering free trials? It’s a similar situation with Seamless. Given that I’m probably a “power user” of the service by now, I think it’s safe to say it doesn’t need to offer me $5 off my first order.

But I’m a focus group of one, a skeptical journalist no less, so I decided to ask some civilians on what their thoughts on retargeted advertising were.

“There are definitely some ads that chase me around that have absolutely no relevance to me,” said Mike Hetteseheimer, a developer for a NY-based startup unrelated to the media industry. “My coworker sent me a link to a dress she bought, and that’s all I’ve seen all week.” In Hettesheimer’s view retargeting can often make the ads he sees less relevant to him, ironically. “I don’t mind more relevant advertising. I get it. But if I have to see advertising I’d rather it was predictive than reactionary. Show me something you think I might like, not something I looked at that I definitely don’t.

He added, however, that he has succumbed to retargeting from Zappos. “I was noticing some shoes I’d looked at around a lot so I ended up going back to buy them,” he said. “I’d basically decided I was going to buy them, but I might have bought them somewhere else without those ads, I suppose.”

And there’s the rub. Retargeting works, and that’s why it’ll probably continue to become more pervasive. As it happens, I will eventually sign up for Zipcar. I’d already decided that based largely on a friend’s suggestion before visiting its site; I just haven’t got round to actually doing it yet. When I do, the retargeted ads that have been accounting for what seems like a vast majority of my online ad exposure in the past week could take credit for landing a new customer. (There are providers, such as Criteo, that only charge on a click basis, not from view-throughs.)

Eventually, advertisers and publishers alike might start to realize that the ads they’re serving are not only a waste of money in many instances but that they’re starting to ruin the users’ experiences online. Maybe I’m one of the few consumers out there that still looks at banner ads, given that I cover this industry, but it’d be nice to see some variety once in a while.