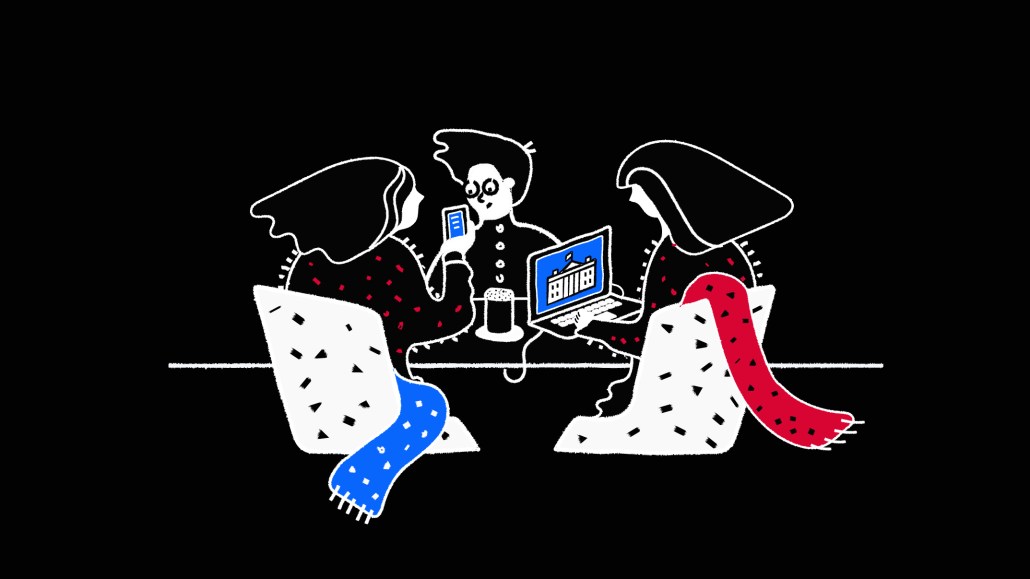 We all search for meaning at times in our lives. Motivbase, a cultural anthropology firm that scans the Internet for deeper ethnographical meaning in the things people say and do online, is using those efforts to help companies plan for the future — in creating new products, in marketing and elsewhere.

Co-founders Ujwal Arkalgud, who’s CEO, and Jason Partridge, who’s president, pooled three months of savings in 2015 to launch Motivbase on their own, but now oversee up to 50 employees, including a handful of part-timers. And in six years, with no external investment, Motivbase has grown from five clients to more than 135, serving the likes of The Clorox Co., Mars Wrigley, McDonald’s and other big-ticket marketers.

“Fundamentally we’re scraping public data on the Internet that exists on forums and blogs, and applying natural-language processing,” said Arkalgud. “But we’re less interested in the exact verbatim of the consumer, which is what every other big data company is doing. We’re interested in how meaning is given to each topic. I often tell our clients we didn’t invent the study of meaning — all we’ve done is apply modern technology and tools.”

Arkalgud noted that since all the information is publicly available, Motivbase’s efforts are GDPR-compliant — no consent is needed. And since Motivbase stores words detached from personally identifiable information, the company feels it sidesteps other privacy concerns.

“We’ve built this living breathing model of consumer culture,” he said. “What people are buying is access to that, and of course access to our expertise to help them make sense of it.”

Motivbase works primarily with innovation and strategy departments at large companies, but Arkalgud said marketing is coming along for the ride. “The reason is, innovation and corporate strategy has to think beyond the next quarter,” he explained. “They need to answer the question: ‘what does the future of my business look like in the next 12, 24, 48, 72 months?’ And they have to make bets now.”

At Mars Wrigley, Lisa Saxon Reed, the global director of sensory, said Motivbase has been able to exceed her own company’s efforts at ethnographic research to develop new products. “I was really intrigued by their pitch of AI plus ethnography, doing disruptive innovation or breakthrough innovation,” said Reed, who added that she was motivated to experiment with Motivbase recognizing the opportunity to replace in-person ethnography, which can be costly and takes time.

The speed and scale of Motivbase’s insights compilation motivated Reed to introduce Arkalgud to other divisions at Mars Wrigley, including pet, food and marketing. “It’s absolutely helped on product [development], specifically understanding what are the consumer needs, and what are the characteristics our product needs to have,” said Reed. “It could have to do with ingredients, or with claims, or more broadly, that it can do X, Y or Z.”

In a partnership with gaming company Razer, Mars Wrigley produced a gum targeting gamers, called Respawn, which aimed to boost their playing abilities. Before Motivbase, the company talked to gamers. But the company realized those same sentiments were validated “in a fraction of the time” by Motivbase.

“With that proof of concept, I knew this would be valuable for us,” Reed said.

Although the pandemic neither helped nor hurt Motivbase’s business, Arkalgud said the current U.S. political divide has led to a search for deeper meaning among companies. “Meaning is now recognized as a significant question,” he said. “People used to ask, ‘What are people talking about?’ Now we’re getting them to ask, ‘What do they mean by what they talk about?’ … Our job with these companies is to create an understanding of why that view is held.”