How Hyundai Got Mobile Religion 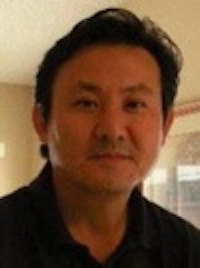 Mobile is still firmly in the experimental bucket for most marketers. For the automaker Hyundai, however, it has moved from a nice add-on to a must-have.

In 2011, Hyundai realized it needed to rethink its marketing strategy, recognizing that consumer behavior was changing and that the brand needed to re-evaluate its approach to digital. That meant that just creating a mobile game or using a mobile ad here an there to promote a new model wasn’t the way to go. Mobile had to be a continuous aspect of Hyundai’s overall marketing for maximum effectiveness.

“Our goals in the ’90s were the same as they are today,” said Lenny Cho, general manager of the brand communications team at Hyundai, when speaking at the Mobile Marketing Association’s Mobile Marketing Forum. “We want to sell cars. But our brand image was a challenge for us, and we realized we needed to change that by playing on consumer emotions through continuous communication, everywhere our consumers are.”

Hyundai came up with a new brand strategy that meant it was focusing on providing people with new, unique experiences that provide value to current and future customers. The goal was to use mobile to highlight comfort, safety, design, interior, fuel economy and specifications in a very different way.

Hyundai launched an interactive racing game called Hyundai Race, which users could download and play. But what was unique was that consumers in Time Square could actually play on the big screen, with their game broadcasted onto a billboard in Times Square. It was a great way to get people acquainted with the features of the Hyundai Velostar. This was a neat first try with mobile at its core, but Hyundai realized it needed to figure out a way to weave mobile into its strategy beyond just a mobile game.

A few months later Hyundai rolled out a large global campaign that centered on the brand’s new brand positioning, “New Thinking, New Possibilities.” The campaign centered on 22 four-minute videos. The videos highlighted creative thinkers like actors (Kevin Spacey), musicians and sports stars. The idea was to encourage people to take the New Thinkers Index test to figure out where they stand. Paid media in the form of display ads was used to distribute the videos. Ads ran on Facebook, MSN platforms and on mobile as well. The videos were also distributed via Facebook and Twitter. The results were interesting. The campaign did well, and the mobile ads, specifically, contributed greatly to the positive outcome.

“The engagement rates were really impressive,” Cho said. “We now have a continuous mobile advertising [strategy] to support what we do in other channels. Mobile will continue to be a main part of our brand communications going forward.”

The Hyundai “Live Brilliant” campaign is the point in time (March 2012-present) where Hyundai’s mobile-first strategy came to fruition. The campaign had content at its core, with the microsite brilliant.hyundai.com, which is a place where consumers are encouraged to share – through photos – their brilliant moments in life: where you get lost and discover yourself.

The mobile component is a mobile version of the site and also a mobile-optimized version of a video created for the site, with mobile display ads used to connect consumers to the microsite. Additionally, QR codes were used in print ads that appeared in Monacle and The Economist, which also led consumers to the mobile microsite where they could view the video. Facebook and Twitter were also used to distribute the video and to link consumers to the site.

“We knew we needed multiple touch points for content,” Cho said. “Mobile was a big vehicle for distribution [for this effort].”