‘How do we change from being the interruption’: Why Anheuser-Busch is creating a TV show 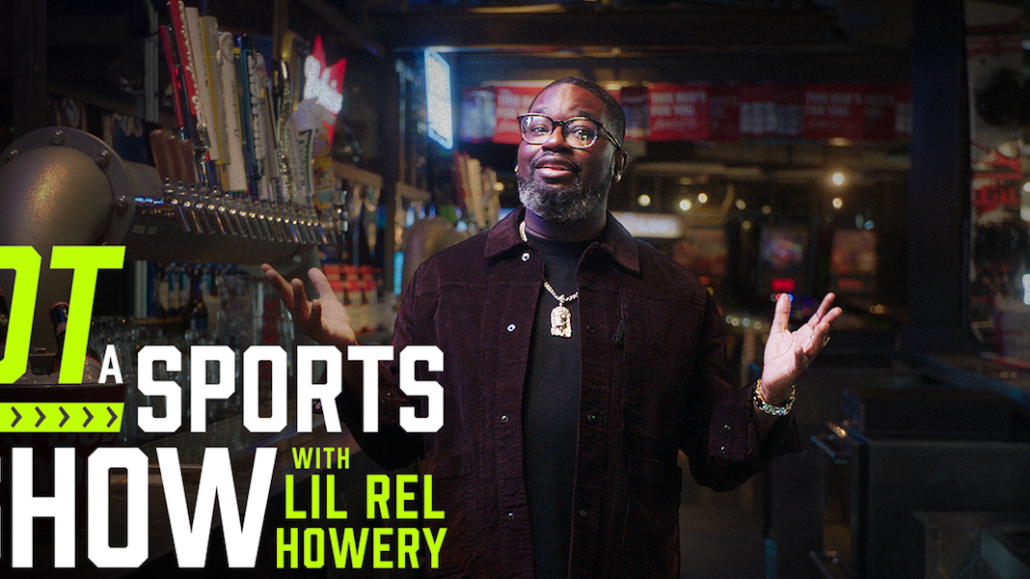 Anheuser-Busch is getting into television production.

The beer behemoth has partnered with production company Panay Films for a new talk show, Not A Sports Show, hosted by Lil Rel Howery. The show features Howery interviewing athletes like snowboarder Shaun White as well as WNBA and NBA players like Chiney Ogwumike and Paul Pierce. It will air weekly on a free streaming platform, Ficto, starting March 25.

Producing a television show is part of Anheuser-Busch’s push to evolve how it is connecting with consumers, according to Spencer Gordon, vp of digital for Anheuser-Busch.

“Consumers are paying to skip ads,” said Gordon. “They are going out of their way to put in ad blockers, to have subscription services, to have all these different things that prevent them from interacting with brands. It makes it tougher to break through and to be relevant to them. We’re thinking, ‘How do we change from being the interruption to be fun, be part of the story, part of the content that they want to watch?’”

The aim of the show is to simply be content that consumers would want to interact with and watch organically just as they would any other show. Interviews take place at a bar where Anheuser-Busch products — the show features a variety of the beer giant’s brands as it’s a portfolio play, explained Gordon — are featured and consumed but not directly pitched.

“It’s not an advertisement, it’s not branded content, it’s literally like you’re watching a TV show,” said Gordon, adding that the intent is to create multiple seasons of the show. “We just happen to be the studio behind it.”

Anheuser-Busch co-owns and co-financed the show with Panay Films. Ficto is licensing the content from the companies. As for tune-in marketing to get people to watch Not a Sports Show, the plan is to market it like any other television show by using a trailer and other assets to push the content of the show rather than simply tout Anheuser-Busch, according to Gordon, adding that Ficto will help promote it as they are licensing the show from them.

It’s unclear how much Anheuser-Busch spent on the production, as Gordon declined to specify, though he did say the budget came from the portfolio of brands’ marketing budget rather than that of a specific brand. In 2020, Anheuser-Busch spent $359 million on media, down from $443 million in 2019, per research firm Kantar. However, those figures exclude social media spending as Kantar doesn’t track that spending.

“It’s a bit back to the future,” said Allen Adamson, brand consultant and co-founder of Metaforce of the approach, adding that Procter & Gamble pioneered the soap opera in the ’50s and ’60s sponsoring shows like The Guiding Light and As the World Turns to promote brands like White Naphtha Soap and Joy. “It’s going back to something that was effective. Consumers are becoming less open to being interrupted with commercials so the only way to connect is to better weave the brand into the content.”

While the approach isn’t new the landscape is much more fragmented than it was when the soap opera pitched P&G products. “There’s now so much content that the big challenge is whether they will create content compelling enough for anyone to watch it,” said Adamson. “Can you create a must-see TV? It’s really hard to do. And typically marketers are not good at it.”

Whether or not the content will draw in viewers is yet to be determined. That being said, the show is part of an on-going strategy shift for Anheuser-Busch, according to Gordon.

“We are definitely at an inflection point where brands have to change how they operate,” said Gordon. “They can’t just talk at people, they have to talk with people and really be relevant to them.”