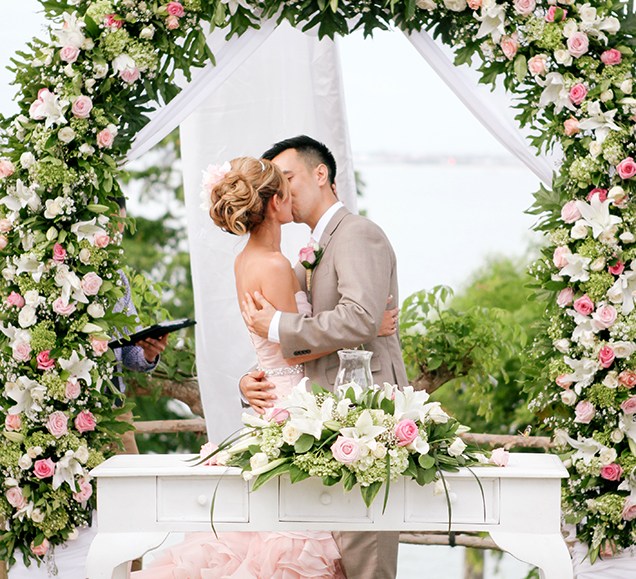 The old joke about Pinterest is it is mostly used by women planning a wedding — even if they’re already married.

And there is little doubt that Pinterest, which boasts of more than 60 million monthly active desktop users globally (according to a comScore report), of which about 70 percent are female, is a top destination for all things bridal.

Hotels are no dummies. With more than 1 billion travel pins on the platform, they are already active on Pinterest. And with more than 700,000 wedding-related pins every day, brides-to-be — on the hunt for both where to get married and where to honeymoon — are an attractive target.

It has profiles for 81 of its hotels and resorts around the world, and most of them have dedicated wedding boards that, ahem, engage potential clients with pins of images and videos. The Four Seasons Hotel in Westlake Village, California, for example, prominently displays this “Say I do” board.

The brand’s Four Seasons Weddings and Four Seasons Bridal profiles cover everything from bridal fashion and floral inspirations, and are among its most popular offerings with over 15,000 followers combined. Four Seasons has also launched several specific wedding contests, like 2012’s “Pin Your Dream Wedding” and last year’s “Pin Your Wedding Color Palette,” and perhaps these personalized contests explain why it is nearly three times ahead of the next-best performer.

“For us, it’s always been about facilitating guest engagement, adding value to guests and building loyalty,” said Sorya Gaulin, director of PR, media and promotion at Four Seasons.

Hyatt does recognize the power of visual channels such as Instagram and Pinterest and continually seeks to expand on them, said Karen Dawson, vice president of digital strategy for Hyatt.

“Our social strategy is based on caring and listening to our guests, just as we do offline in our hotels,” she said. “Pinterest is a social sharing platform where pinners are able to investigate fantastic travel plans, and we want to be able to help them plan dream vacations with imagery that helps them imagine themselves there, what they might do, and perhaps even makes them smarter about how they would do it.”