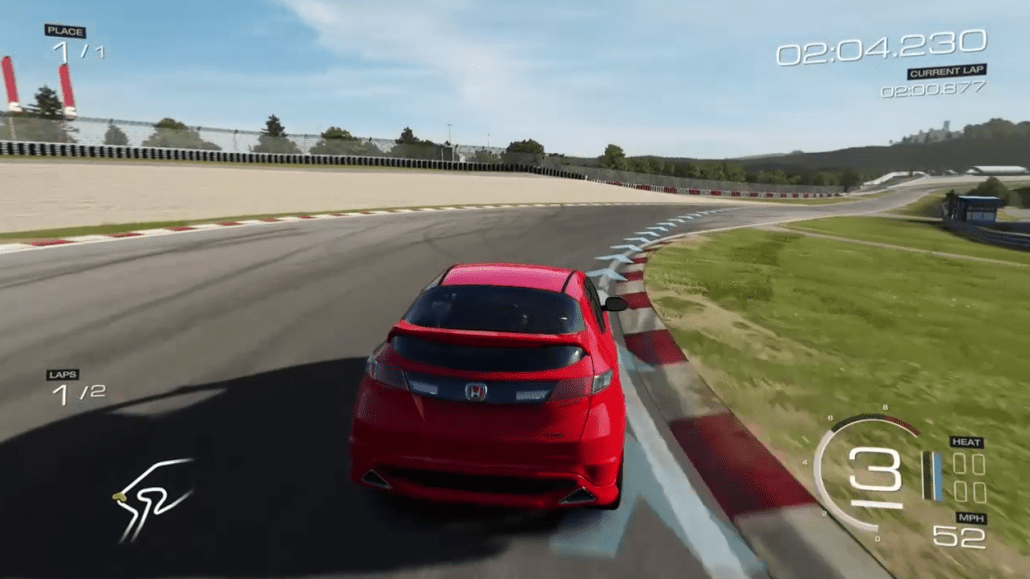 User-generated gaming footage is an undisputed phenomenon, already commanding massive levels of engagement and at least one billion-dollar acquisition. But so far it has remained an untapped opportunity for advertisers. Honda is looking to change that, with an assist from Microsoft’s Xbox One.

Honda is running a driving competition on the Xbox Uploads platform as part of a campaign for its forthcoming Civic Type R model. Using the popular Forza racing game, Xbox will ask users to upload videos of their fastest and most entertaining laps of the Nürburgring Ring in the new Type R. On Dec. 31, the companies will announce 10 winners across Microsoft’s Xbox YouTube and Facebook channels.

Prizes include Xbox Live subscriptions worth £40 ($60) as well as priceless recognition as a gaming genius. The game will allow all users to download and unlock new Honda models to drive in the game.

Honda is the first brand to have sponsored a takeover of Xbox Uploads. The campaign is being backed with ads on the Xbox homepage and across Microsoft’s associated social channels.

The competition is being launched as part of “The Other Side” campaign by Honda, which is looking to cast itself in a more adventurous light. The campaign has so far also included an interactive film which portrays both the Honda Civic’s “personality” using interactivity to show two films in one. Press one button to view a scene of a man on an ordinary drive to school, and another to follow the same actor driving a getaway car from a crime scene.

“‘The Other Side’ campaign for the Type R is about making Honda deliver experiences rather than just advertising,” said Elliott Millard, managing partner at Starcom MediaVest Group. “These two pieces will help people to recognize Honda’s racing heritage.”

Gameplay footage and video blogging are a fast-growing segment of the online video market. In August this year, Amazon spent a staggering $1 billion to acquire Twitch, a social network where gamers share live, home-recorded gameplay footage. YouTube blogger PewDiePie alone has amassed more than 30 million subscribers and attracted over 449 million video views in the month of August 2014.

Up until very recently, recording game footage wasn’t very easy to do. But the new Xbox One and Playstation 4 consoles both have this capability built in.

“This is about getting Honda to be a talked-about brand. This is going to get people sharing the brand in an interesting way and spend time with it in an non-interruptive way, completely of their own volition,” said Millar. “It’s not trying to sell more cars right away — the Type R isn’t out for a while yet. But we know car purchases are a long, drawn-out consideration event. This new kind of social sharing is an exciting way to change perceptions.”