Hello Kitty’s not a cat. What other brand mascots should we question? 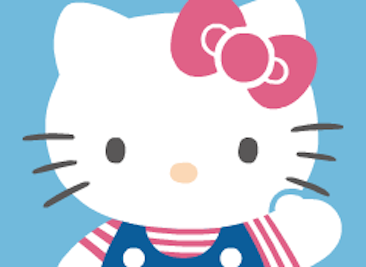 By now you have probably woken up to the headline that has rocked the globe back on its heels. No it doesn’t come from the Ukraine, or ISIS controlled territory or Brad and Angelina’s secret wedding in France. The news that has shocked the world? Hello Kitty is not a cat.

Christine R. Yano, an anthropologist from the University of Hawaii and author of the forthcoming book “Pink Globalization: Hello Kitty’s Trek Across the Pacific,” dropped the bombshell in the L.A. Times this week. When preparing for an exhibit at the Japanese American National Museum, she says she described Hello Kitty as a cat in the museum literature. Sanrio, the Japanese company that created the Hello Kitty character, came back with a correction.

“Hello Kitty is not a cat,” said Yano. “She’s a cartoon character. She is a little girl. She is a friend. But she is not a cat. She’s never depicted on all fours. She walks and sits like a two-legged creature. She does have a pet cat of her own, however, and it’s called Charmmy Kitty.”

And with that, the Internet’s mind was blown. From the Americas to Zanzibar, you could see the world going through the Kubler Ross stages grief in real time:

After the denial, anger, bargaining and eventual acceptance we find ourselves on the other side, our collective worldview altered. If Hello Kitty is not a cat, what else have we been wrong about our entire lives? Is Snoopy still a dog?

We can confirm, Snoopy IS a dog.

Well thank goodness. But there is still a host of brand mascots of questionable taxonomic classification. Goofy, for example, is famously species-ambiguous, not that there’s anything wrong with that. But what about Tony the Tiger? He walks on two legs, too! What if he’s some mobster in the witness protection program? Maybe Tony snitched on the wrong guy.

Look, it is not our policy to “out” anyone here, but we can’t help but wonder about the status of the following brands and their specious species:

Cap’n Crunch
Last year the Cap’n found himself embroiled in a military scandal the likes of which we’ve not seen since the Dreyfus Affair. An astute foodie noticed that, according to the stripes on his uniform, the man is in fact not a captain at all, but a commander. The story made national headlines (it was a slow news week in June), forcing the cereal brand’s social media hand. The Cap’n took to Twitter to defend himself, claiming the charges were “All hearsay & misunderstandings! I captain the S.S. Guppy with my crew, which makes me an official Cap’n.”

The Cap’n then hosted a “press conference” on YouTube to clear everything up. “I stand before you today to answer the ridiculous accusations leveled against me by certain Swift-boating talk-show host rivals that I, Cap’n Crunch, am not a real cap’n!’’ he says in the video. Perhaps the “captain” doth protest too much.

Mr. Peanut
The anthropomorphic legume has been a Planters mascot since 1916, when the company held a contest to design one for it. A 14-year-old schoolboy named Antonio Gentile took home the top honors with his rendering of a freakish mutant humanoid named Bartholomew Richard Fitzgerald-Smythe. The spats, cane, top hat and monocle were added later. He (it?) wouldn’t even have a voice for 94 years, until Robert Downey, Jr. provided one in a 2010 campaign.

Neither man nor nut, Mr. Peanut is a vexing case for taxonomists. One thing we can all agree on: The dude is one dandy of an amphidiploid.

Michelin Man
The French know him as Bibendum, and he certainly has the longest history of all the mascots here. Introduced at the Lyon Exhibition of 1894 by the Michelin brothers, Bibendum remains a mystery. What is he? The Pillsbury Doughboy’s baby daddy? A pile of tires? One clue: the inspiration for Bibendum came from a Munich brewery logo featuring the slogan “Nunc est bibendum,” from Horace’s Odes. It translates to: “Now is the time to drink.”

So apparently the Michelin Man is a bacchanalian French tire monster who is down to clown — we’ll just make sure he hands over his keys first.

Jack in the Box
Jack I. Box, the fast food chain’s mascot and fictional founder and CEO, is literally a faceless corporate clown. The company had him, horrifyingly, run over by a bus — his skull crushed — in a regionally-aired 2009 Super Bowl ad. The spot was the first installment of an awkward campaign to reboot the brand with a new logo because nothing says reinvention like a near death experience.

The irony of course is that Jack was introduced as a mascot in the 1994 because the Jack in the Box brand itself was on life support following a major e. coli outbreak linked to the chain. In that respect, Jack is more tool than man.

Kool-Aid Man
The Kool-Aid Man has been destroying property since the mid-’70s. A bellowing linebacker of a pitcher filled with cherry-flavored sugar drink, the Kool-Aid Man famously makes his presence known by breaking through walls and shouting “Oh Yeah” at playing children.

If indeed a “man,” Mr. Kool-Aid appears to either have anger issues or is overcompensating for something. It’s not the size of the pitcher that counts, Kool-Aid man, its the swish of the liquid.

Energizer Bunny
If it’s true that Hello Kitty is not a kitty, how are we to be sure that the Energizer Bunny is indeed a bunny? After all, have you ever seen it do what bunnies are most famous for doing? (Relax, we’re referring to eating carrots).

In any event, we’ve never seen a bunny bang a drum. Maybe it’s working out some frustrations. The bunny, which has been with us since 1989, has been silent on the question on Twitter since news of Hello Kitty broke.

Grimace
Come on. What the hell is this thing, McDonald’s?