Hallmark brings ‘Northpole’ to life for millennial moms and their kids 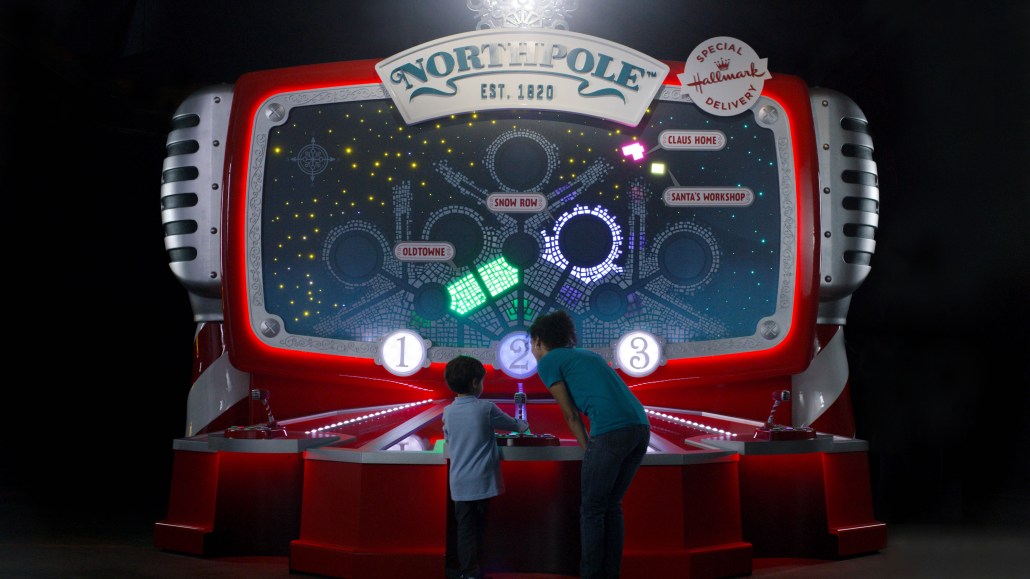 Yes, Virginia, there really is a Santa Claus. Just ask Hallmark, which is bringing St. Nick and his elves to life by focusing its attention on not just the kids but their mothers too. The brand has launched an entire suite of products — and an accompanying campaign — called, simply, “Northpole.”

The campaign revolves around the “Northpole Communicator,” which Hallmark first introduced last year. The walkie-talkie toy that lets kids speak directly to Santa, Mrs. Claus and his elves was such a hit that they’ve expanded the campaign this year to include toys, an immersive website and even a feature film chronicling what life is like during the holiday season for a single mom in Santa’s mythical city.

This time around Hallmark asked millennial mothers to test it out and record the reactions of their children before it hit the shelves, partnering with Communispace, a diverse community of hundreds of mothers in this demographic.

“To our surprise, the moms’ work revealed that a child’s favorite place to play with the Northpole Communicator wasn’t in the living room or kitchen; it was in secret, at night, while they were nestled all snug in their beds,” Nancy Cox, the consumer understanding and insight manager at Hallmark, said. “These intimate moments that only a mom can capture helped inspire Hallmark’s advertising and marketing for Northpole events around the country this holiday season.”

Also as part of the campaign Hallmark will be installing pop-up communications hubs called  “Northpole Communications Stations” that help children reach out to Santa and his elves in real time. The hub hit New York City this past weekend and was live-tweeted from Hallmark’s Twitter account. It will tour Orlando, Dallas, Kansas City and Los Angeles in the upcoming weeks.

The website includes a virtual city that imagines Santa’s Northpole as a place for both children and their mothers. There are games, daily activities, fun facts as well as the products themselves. The movie premiered on the Hallmark Channel on Nov. 15, but will have encores running throughout the holiday season. Hallmark has also partnered with popular children’ s game “Words with Friends” as well as curated a special playlist on Pandora.

“Relationships matter,” Cox said. “And it’s this bond with mothers — not the generalized facts and figures about their ‘Millennialness’ — that should guide a brand in making authentic connections with them. “