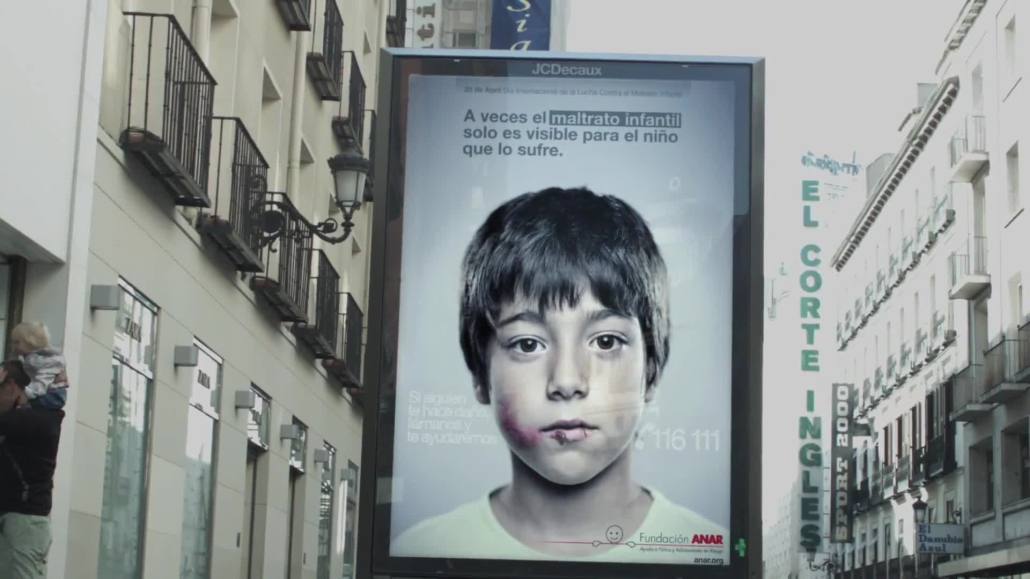 Technology and creativity are often at loggerheads in advertising. More often than not, tech has been the preserve of the ad targeting crowd. But more examples are happening when technology is used as a critical tool in creativity.

Grey Spain has shown the way with a campaign for Aid to Children and Adolescents at Risk Foundation to raise awareness of child abuse. The brief for the campaign was to speak both to adults and children — no easy feat. Grey used a “lenticular top layer” to create outdoor ads that changed based on the perspective you were viewing them from. This allowed for an execution that shows a sad child image to those over 4’ 5” while those under that height see bruises on the child’s face. Adults see copy reading, “Sometimes, child abuse is only visible to the child suffering it.” Children see, “If somebody hurts you, phone us and we’ll help you.” This allows the child to see the message even when accompanied by his abuser.

It’s a powerful message that’s enabled by technology, rather than overwhelmed by it. The evidence is in the Youtube case study of it, which has already been viewed more than 3.5 million times since it was uploaded on April 24. (Via Gizmodo)