‘Gold from a marketer’s perspective’: Pinterest is quietly gaining a foothold among marketers 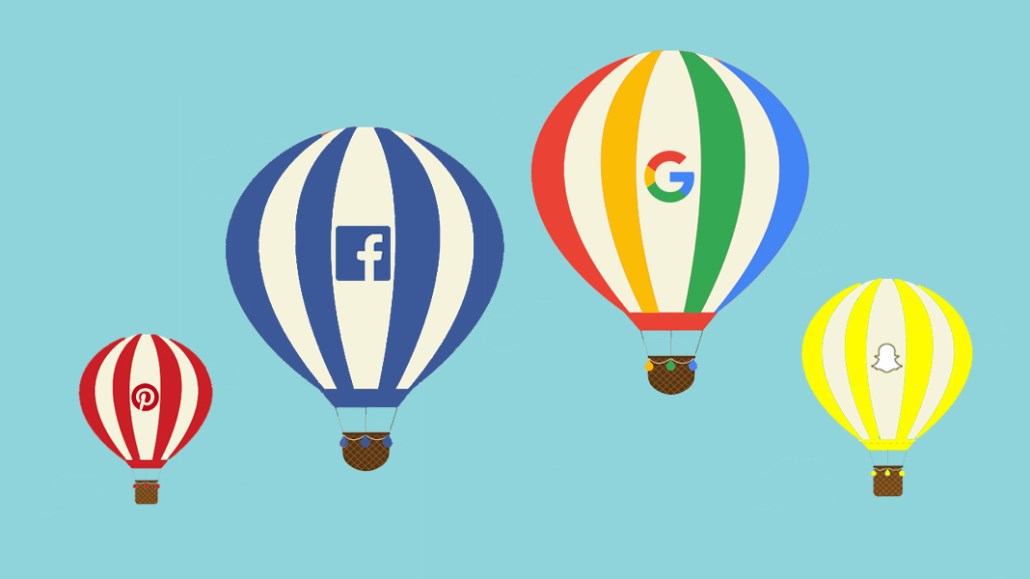 Pinterest has long been seen as a laggard behind the giant platforms, but it’s slowly gaining traction with one key constituency: ad buyers.

After a slow start in advertising, Pinterest has released a slew of new features over the past year — and a newly aggressive agency strategy. Its quick product roll-out, coupled with its emphasis on search and scale, has piqued the interest of agency executives.

“Clients always saw Pinterest as the fourth player after Google, Facebook and Snapchat, but that’s not the case anymore,” said Alex Marsh, director of platform innovation at BBDO. “More clients are moving their money to Pinterest than ever before.”

For Jill Sherman, svp of social strategy at DigitasLBi, Pinterest’s unique selling proposition is that it hits people at a different point in the purchasing cycle than any of the other platforms. The fact that it offers something that others don’t make it a unique opportunity for brands, she said.

“We know that it is a planning platform, and there is purchase intent when someone pins something — and that’s gold from a marketer’s perspective,” she said. “We recommend it often.”

The moves come as Pinterest is reportedly plotting to go public this year — and hit $500 million in revenue. That would put it within striking distance of the far-younger Snap, which is forecast to pull in $770 million in revenue, and a far distance from the likes of Google and Facebook.

The knock on Pinterest was that it lacked the scale and return of Google and Facebook, and the shiny newness of Snapchat. But Pinterest has impressed marketers with several analytics, targeting and ad options. Marketers can place a Pinterest conversion tag across their websites, which enables them to track existing users onto Pinterest and better target their ads. Pinterest Lens is a new visual search tool that detects objects in the real world and suggests a list of related items. While brands don’t have the option of surfacing their own products through this feature yet, marketers believe it is only a matter of time before Pinterest starts monetizing lenses this way.

“While the camera is a focus even for Facebook and Snapchat, Lens is a very different product than anything that exists,” said Marsh. “There are clear applications for it in terms of e-commerce, beyond VR and AR.”

According to Marsh, Pinterest has also been focusing on building deeper relationships with agency partners over the past couple of months, especially in terms of creative collaboration. While Pinterest Lens is not an ad product yet, the Pinterest team has been working with the agency to “hack” the platform for clients.

“They have definitely improved in terms of giving us a greater view of the product pipeline than they used to in the past,” he said. “We talk to a Pinterest rep at least once a week, as much as we talk to Facebook.”

The newfound attentiveness stands in contrast to the old rap on Pinterest that it was stuck between Google and Facebook and lacked sufficiently sophisticated tools. Back in November, several ad buying executives told Digiday they were decidedly cool on the platform. One common complaint last fall: Pinterest’s archaic application programming interface. That no longer seems to be a concern, according to both Marsh and Tom Buontempo, president at social agency Attention, who said the interface was a lot more “simplified and transparent.”

“We constantly learn from our advertisers and apply their feedback directly to product development,” said Brian Monahan, head of vertical strategy at Pinterest. “Since the second half of 2016, we introduced more than a dozen features designed to help marketers across all industries scale relevant, compelling brand stories and measure the effectiveness of their campaigns.”

While Pinterest may be making strides, it should keep an eye out for competition, said Buontempo, particularly when it comes to Amazon. Amazon already owns the bottom of the funnel — the people who are on their site or leveraging search have already expressed intent to purchase.

“Now, they’re trying to figure out how to work their way up the funnel, leveraging a richer set of signals about its audience’s interests and motivations,” he said. “Just like Pinterest.”