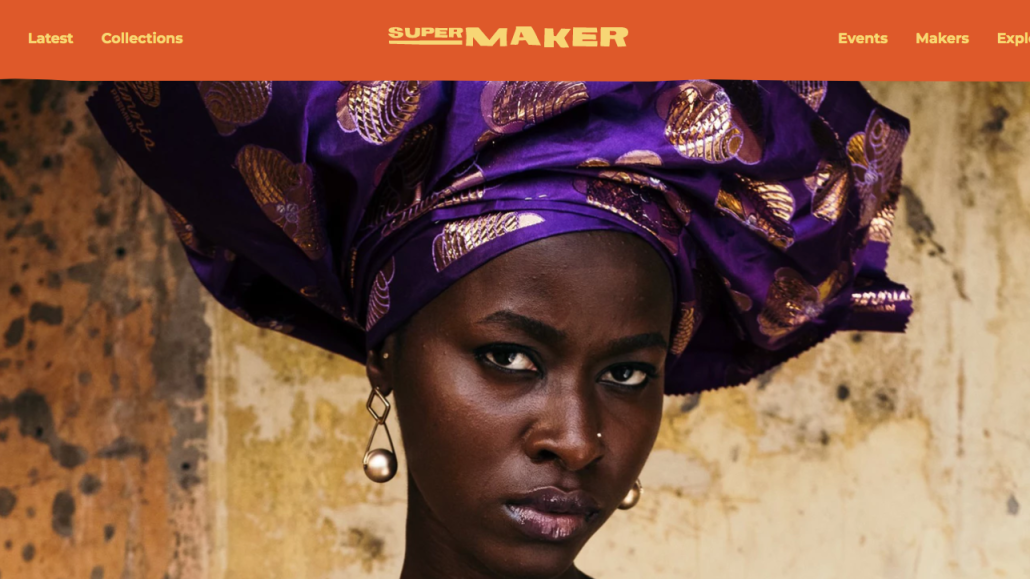 Supermaker, which launches today, is a new media site founded by Schmidt and Cantino focused on telling the stories of entrepreneurs, particularly women and people of color who are launching consumer brands with a “conscious agenda” according to Cantino, as well as sharing career and business advice around topics like raising investment funding and commanding successful social campaigns. The site currently features spotlights on brands like Bippy, a sustainable toilet paper company, and Anna Robertson, the founder of Ghana-based apparel brand Yevu.

The site is Schmidt and Cantino’s second post-Schmidt’s venture: In December of last year, the two founded Color, an investment firm that funds companies led by women and minorities. With Supermaker, the goal is to help boost brands even if they’re not ready for a financial investment.

“We wanted to do something to tie our experience together and go back to our roots in [the entrepreneurial] community, and try to help. We’re seeing a lot of conversations around topics like acquisitions, funding, partnerships, wholesale and how to hire — there are a lot of challenges facing entrepreneurs as they grow their business and we wanted to support them,” said Schmidt.

Schmidt and Cantino are regularly approached by entrepreneurs seeking advice or help in elevating their brand, and if a brand is not yet ready for investment, they think about different ways they can gain exposure, Supermaker being one of them. Some of the brands that Color has invested in include Wild Friends Foods, a line of nut butters founded by two women, as well as Bubble, Salt & Straw, and Backstage Studio.”

Entrepreneur-related content is on the rise alongside the consumer startup boom, as companies operating in the DTC ecosystem launch content platforms geared at the type of founders they want to work with. In January, Shopify launched Shopify Studios, a content hub focused on telling the entrepreneurial stories of the people who have built businesses on Shopify’s platform, which has helped contribute to the quick rise of the DTC boom. And last week, Mailchimp announced it was launching a similarly positioned in-house studio that will release podcasts and documentaries “for an entrepreneurial audience.”

The launch of the site also sheds light on the importance of earned media during the early stages of a brand’s trajectory. According to Schmidt, there are a lot of brands that could benefit from coverage in the early days, but a limited number of outlets that are paying attention to bigger brands makes it difficult to get coverage. The site plans to feature multiple “weight classes” of brands to display the breadth of entrepreneurs.

“We found that articles can generate a lot of value for shareholders, retail buyers, consumers,” said Cantino, who added that Supermaker’s goal is to position coverage around what brands are looking to achieve, like securing a wholesale account with a Kroger or Whole Foods. “We see it as a complement to the media that’s already out there,” Schmidt said.

“Earned media through press, social platforms and influencer partnerships helps bolster brands’ paid efforts, according to founders who have said they’re now focusing efforts on organic media in order to balance out paid marketing. For Schmidt and Cantino, providing a place for founders to tell their stories (Supermaker articles are largely written by contributors), is their next branding exercise. Cantino said that the site picked up traction among its target audience after an Instagram stealth campaign pre-launch that targeted a group of 250,000 people designed to generate submissions from contributors and brands.

“We want to bring these brands into the spotlight sooner than they might be able to get there otherwise,” said Schmidt. “We didn’t get big hits [until] we were at a certain amount of revenue. We also want to share advice: There’s so much to learn in terms of operations and running a business in general. We want to be hands-on with these things.”

Sign up for the Modern Retail Briefing to get retail news, analysis and insight delivered to your inbox every morning.