Inside Ford’s approach to Vine 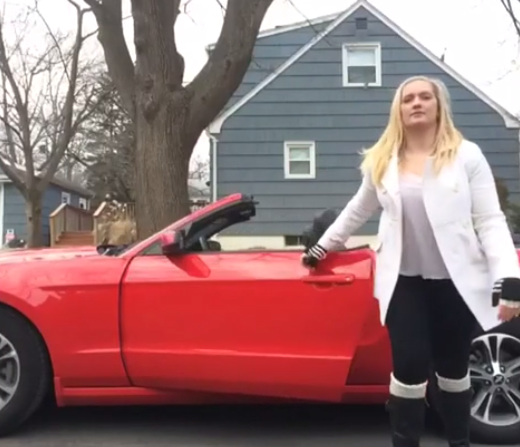 Ford  joined Vine less than a month ago, but it hit the road in high gear. Since Jan. 21, it has made 16 of Vine videos for its 16,500 followers, at a rate of nearly four Vines a week.

To make its Vines vroom, Ford’s social media team of six works with Vine influencers like Ian Padgham, Johnny McHone and Daniel Ojanlatva to create content, as opposed to doing it in-house. The Vines are a mix of stop-motion and live-action posts, depending on the Vine influencer who worked on it.

“Rudy Mancuso, for example, has a well-established Vine character named Isaac that appears frequently in his Vines,” said Karen Untereker, Ford Motor Company’s U.S. social media manager. “So he created one where Isaac daydreams about him driving a Mustang he saw parked on the street.” Mancuso’s own Vine feed boasts a staggering 3.3 million followers. Here’s is one of the Vines he made for the automaker:

Instead of posting it from Ford’s own account, Ford re-Vined the creation from Mancuso’s handle. That post received 81,700 likes, 37,600 re-Vines and over 1,500 comments, though on the influencer’s account, not Ford’s. Big brands typically don’t re-Vine other users, opting instead to post them directly under their own handle. For example, Toyota’s Vine account often includes characters from the Muppets in its Vine videos while showcasing their cars. Yet the car company does not appear to use influencers or re-Vine from other accounts. Volkswagen USA seems to be documenting its events, but everything comes directly from the Volkswagen handle.

In fact, many of the Ford influencer posts do extremely well — when posted from the influencer account. This Vine by Jerome Jarre received 295,900 likes, 186,800 re-Vines and nearly 5,000 comments.

Posts Vined under the Ford handle generally get a fraction of that engagement. Here’s one by Ian Padgham that received 241 likes, 89 re-Vines and 10 comments in total.

Untereker said, “We ensured that Ford was simply a part of the influencer’s world, instead of asking them to create an ad about Ford.”

Each of the Vines features a Ford car, making it feel more like a product placement than an outright ad for Ford. Ford has only recently begun to place Vines on Twitter, though they haven’t gone over quite as well in the text-heavy platform. A Vine by Rudy Mancuso posted to Twitter received only 23 retweets and 18 favorites, in contrast to other non-Vine tweets by Ford, which received between 37 and 97 retweets, and 37 and 52 favorites.