Everything we know about Finland we learned from Monty Python. “You’re so sadly neglected/And often ignored/A poor second to Belgium/When going abroad,” Michael Palin sang in 1980.

Well clearly that’s about to change.

The northern Nordic nation says it has become the first country to create its own suite of emojis. It’s starting slow — just three at first — and then unveiling one new character a day here in December, in a sort of digital advent calendar of awesomeness. A little levity should help matters since Finland will be getting fully into its period of extreme darkness.

“We have been anything but serious when creating these emojis,” said Petra Theman, director for public diplomacy at the ministry for foreign affairs in a statement. “Hopefully they will open up not only our weirdness but also our strengths of which unarming honesty is one example.”

Indeed, the three emojis the Finns have released so far are anything but self-serious. They include: A couple in a sauna, a Nokia 3310 phone and a head-banging heavy metal fan. As hilarious as these are, they’re vigorously on brand: Finalnd has more heavy metal bands and saunas (and probably Nokia phones) per capita than any other country. 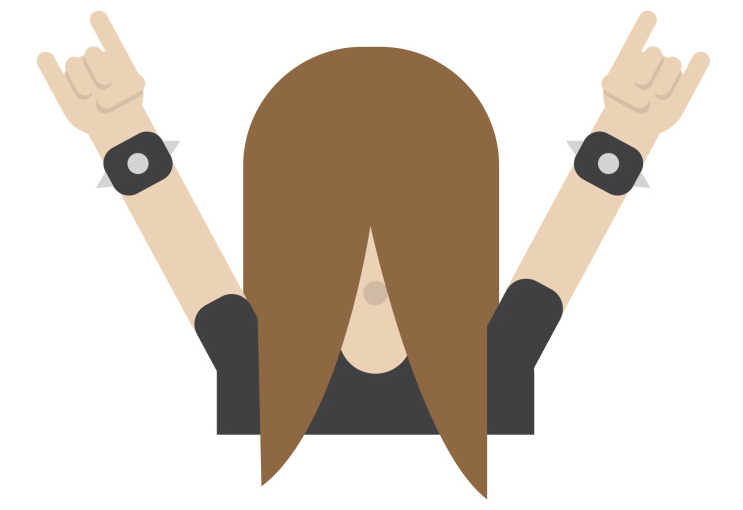 “It is dark in Finland and so is the music,” reads the text accompanying the announcement of the emojis. “There’s a small headbanger living inside of each Finn.”

As for the sauna — Finland’s national pastime, “Doesn’t need introducing. Sauna is as Finnish as it gets. Naked.” (Only the male emoji is nippled.)

Already, the emojis are a hit: Since their unveiling, the topic has received more than 1,700 mentions on Twitter — not a single one of them negative, according to data from Brandwatch. Americans have tweeted the most about the emojis with 29 percent of the discussion’s contributions, Finland sits firmly in second place with 16 percent.

“The major winners in this conversation may very well be the Finnish tourism industry and Nokia,” said Brandwatch analyst Kellan Terry. “The hashtag, #Finland, has been used 259 times accumulating over 515,000 impressions. The hashtag, #Nokia, has amassed over 100,000 impressions on top of being visually represented as an emoji.”

Clearly, you don’t have to be Finnish to get in on it: The rest of the 30 free emojis will be released one a day starting in December for anyone in the world to download. Go crazy.