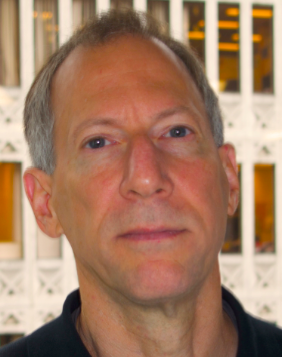 Ask a senior digital marketing exec about the effectiveness of the company’s social media efforts, and you’ll get one of two responses. It’s either, “Great, we doubled our fans in six months and we average 1,000 likes for every post,” or “I don’t have a clue. It’s just one big black hole to me.”

Neither is particularly helpful, which is why meaningful ROI analysis is one of the most hotly debated and elusive metrics in social media marketing. But social media ROI has little to do with the measurement that many companies use today: the number of fans or followers divided by the time, money and resources devoted to that effort. At best, that’s an interim, audience-building step toward more fruitful work.

If 1 million people have your latest Facebook post in their news feed, that’s about as effective as those 30-second TV spots that 1.5 million Mad Men viewers fast-forwarded through during an average episode this past season. It’s even worse for Twitter feeds, where you probably have less than a second to catch someone’s attention before he or she scrolls past to the next tweet. Factor in Facebook likes, comments and retweets, and you have only marginally more meaningful data. Numerous studies have shown that little more than 1 percent of followers actually engage with a brand. Often the numbers are exponentially lower. Companies that rely on that engagement as their target might as well invest those resources in direct mail. At least the responses there lead directly to revenue.

It’s understandable that likes and followers became the early accepted currency for social media marketing. But those were never more than a means to an end — building an audience, with the expectation that that audience would have some tangible value.

Here’s a meaningful social media ROI analysis: The number of people you reach who actually take the action you want, divided by the time, money and resources devoted to that effort. How many people signed up for the promotion or contest you just ran? How many people clicked on the link to that effusive third-party review of your latest product? How many people actually printed a coupon and redeemed it?

Social media has proven time and again that it can — in skilled hands — move large numbers of people to action. If Egyptian activists were able to martial tens of thousands of their neighbors to protest at Tahrir Square and topple an entrenched and seemingly unassailable regime in the process, why would any serious product or services marketer settle for an extra 1,000 Facebook likes as the payoff for $1 million social media marketing campaign?

If consumer action is the true measure of success, then the only way to improve social media ROI over time is to understand what got you the result you wanted (and what didn’t) so you can repeat those marketing wins and stop duplicating ineffective work. That more granular ROI analysis comes down to understanding the messaging, destination content, timing and social media channels that combine to generate the greatest consumer response.

Marty Levine is evp, corporate development and co-founder of Prosyna, the publishing and analytics tool for social media marketing.