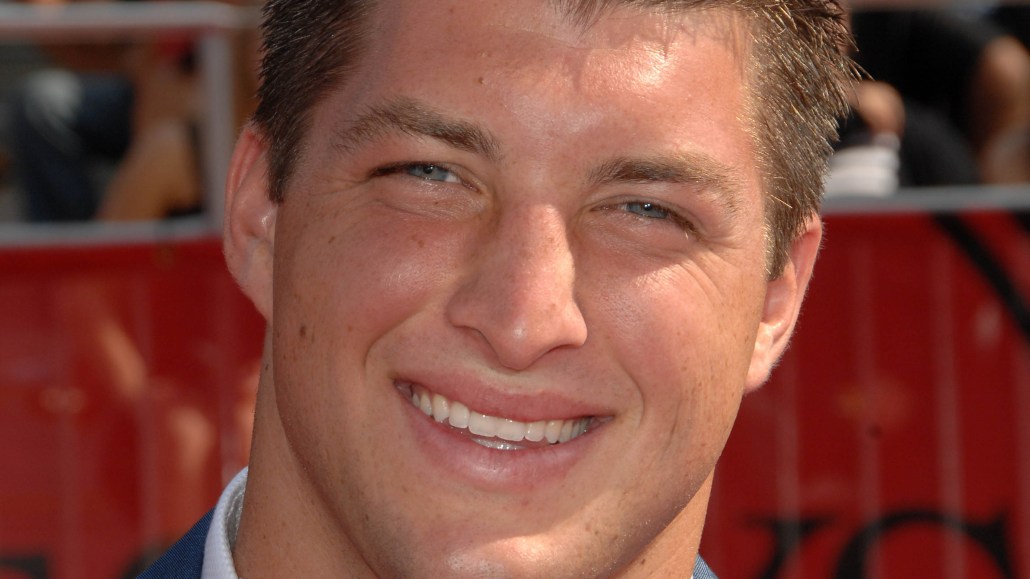 A Fathead mistake turned into an opportunity for the brand. And for Reddit.

Last week, a Reddit user posted an image of a Tim Tebow Fathead poster he’d purchased online. The thing is, the user ordered a Tom Brady Fathead. Naturally, he went to Reddit to complain. The post had 2,624 upvotes (the Reddit equivalent of a Facebook like) and 675 comments. It’s the kind of attention a brand doesn’t want to see when it screws up.

This is an example of real-time marketing done right for both the brand and platform. The brand quickly responded in the user’s post and followed up by sending the correct — and then some — products. Reddit was able to convince the brand to run an ad on the site.

“I thought this was a great opportunity,” said Mike Cole, sales and strategy at Reddit. “So I emailed a couple folks at Fathead and said, ‘I’m not sure you’re aware, but a post popped up, and it’s getting traction. It might be a good opportunity here to do some cool stuff on Reddit. Maybe even make some sales off it.’”

Fathead agreed. They bought an ad on the NFL subreddit, which is a community devoted to all things football, and came up with the copy: “25 percent off NFL Fatheads with code NFLOOPS today only. Buy now, and there’s a good chance we’ll ship you the right one!” The company bought the ad for two days. The coupon code was a Reddit-specific promotion, advertising to this particular group.

“We talked through it with Reddit and decided to throw up a sponsored post,” said Jake Mahoney, senior media manager at Fathead. “We figured at this point, we already admitted our mistake, so let’s make it fun. It worked out much better than we expected to see from a sponsored post on Reddit.”

The ad cost $500 for two days. According to Cole, it received a click-through rate of above 1 percent, hitting 2 percent in some hours. Fathead said it saw a 5 percent bump in traffic, or 1,000 visits from it. The company, however, wouldn’t disclose the revenue or the number of sales the ad generated.

Not every brand is set up to be this agile. There weren’t meetings and phone calls scheduled. According Mahoney, it was “literally someone sending us this note saying, ‘Did you see this on Reddit?’ And us going uh-oh.” Fathead, which has around 80 employees, quickly realized it had a PR issue on its hands and wanted to remedy it as quickly as possible.

“If we had to sit through bureaucratic meetings and take five hours to get approval, we’d never have been able to turn it around,” Mahoney said. To that end, the company benefited from its size. For larger brands, it’s considerably more challenging to get a swift sign-off for this type of response.

To its credit, Fathead fixed the issue with the original poster. It sent the user all 13 Tom Brady Fathead items, 40 pounds and $1,000 worth of goods. Of course, the Reddit user posted that, and that post has 2,542 upvotes and 525 comments.

Reddit’s users, not known for their love or admiration of advertising, rallied behind the sponsored post. It generated 205 upvotes and 73 downvotes, for a net positive of 132 upvotes. The ad has 73 comments, mostly positive, which for an ad on Reddit is a lot. In fact, Chris Kluwe, an NFL punter on the Oakland Raiders, who is an avid Redditor, left a humorous if not safe-for-work comment on the ad asking why he doesn’t have a Fathead. Another user linked to an image of the punter lying shirtless in a field, and the company responded on the thread, “I’m not sure how well it will sell.”

This is an example of not just placing an ad but also getting involved in the discussion around it. The company used a self-deprecating tone — because it screwed up in the first place — and it managed to turn a potential PR issue into a positive.

“They did it right,” Cole said. “They went into the comments sections; they were funny and put a human face behind the brand. Redditors really responded.”