Fashion advertising is out of ideas 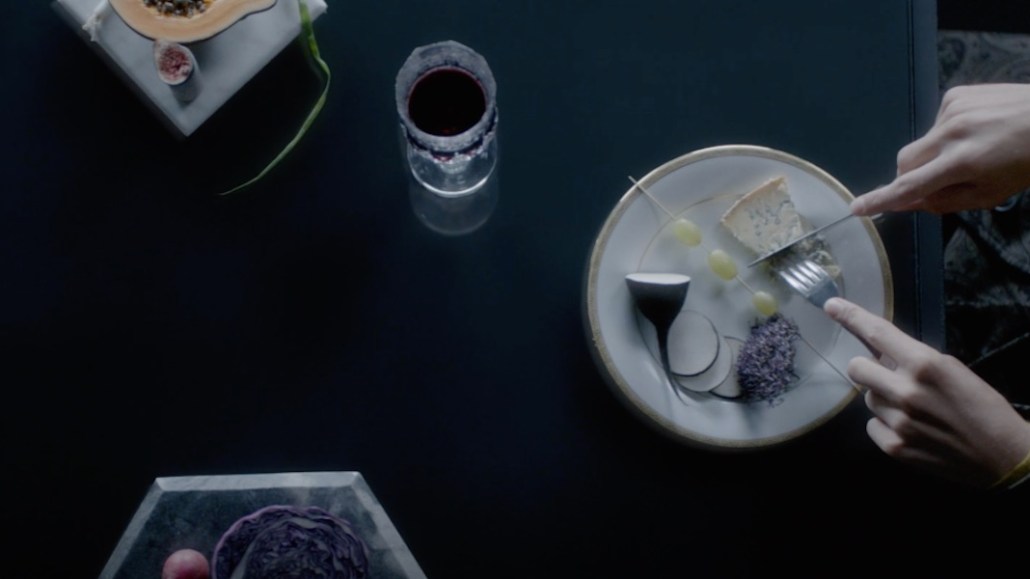 Still, there have been a few good fashion campaigns in the last 25 to 30 years. Benetton’s in-your-face social issues ads from the 1990s by Oliviero Toscani were like nothing ever seen in the category. You’d eagerly look forward to the next ad — something every smart brand and ad agency used to aim for.

The Comme Des Garçons men’s shirt ads from the last 15 or so years are also like nothing else in the category. No product is ever shown, and like the Benetton campaign, you look forward to seeing the next ad.

And although they’ve been mostly retail and sales executions, the recent ads of British brand Harvey Nichols have been consistently clever.

But looking at the recent big label fashion ads, you will see scant creativity and zero originality. Like this two-minute “film” for Etro called “The Hunger” and/or “Through My Eyes” by Psyop:

Dramatic music, man and woman at ends of long table (been done ad nauseam), woman starts to crawl toward man on table (also been done to death), someone (not the man, or the woman) is over-pouring a glass of wine (symbolic for either overconsumption or death or “we don’t have a concept”), woman reaches man, and — nothing happens.

If “Etro: Fuck You” had supered up at the end, at least I would’ve respected them a bit for wasting two minutes of my life.

Then, there this “celebration of women” video from last fall for H&M (by Swedish agency Forsman & Bodenfors) that Adweek called “Stunning“:

It’s got a muscular woman (eww, no!), several non-model-looking women, Lauren Hutton (so old!), a woman with armpit hair — eating french fries! shame! It’s all tied together with a redo of the sexist Tom Jones hit “She’s a Lady,” turning it into … yes, an ANTHEM. How subtle, and so subversive of you H&M. If this was 1986.

Lastly, and most recently, there is this new “film” by Diesel, directed by David LaChapelle, titled, lamely, “Make Love Not Walls” which Adweek called “rousingly memorable”:

Congratulations Diesel, you’re the fourth? Fifth? (maybe more?) brand to riff off of President Trump’s stupid, not yet built, border wall. Any other brands want to exploit the suffering of immigrants to sell their crap? Don’t worry, there will be more.

Open on: shirtless hunk with tats (I’m already zzz’ing). A lone daisy is tossed back and forth over the ugly wall. OK, stop right there, and you’ve at least got a simple memorable moment. But this is LaChapelle, who should have stuck to print ads (more evidence: this terrible Uma Thurman Schweppes spot he directed), so…

And for the big finish: A Big Goddamned Gay Tank. What a confusing, fucked-up unoriginal mess. NOTE: the Big Gay Tank is also being used in the print portion of the campaign, except (left, above) LaChapelle riffs off of the famous 1989 Tiananmen Square photo … so the Big Gay Tank is … bad? Also, I’m sure all parties involved, including agency Anomaly Amsterdam, knew absolutely nothing about the big balloon tank (right, above) used by Belgian NGO War Child in 2012 to protest the use of children in war zones. Nah. Nobody knew. There was no internet five years ago.

Diesel has actually done not-completely-shit-awful issue ads in the past. Remember the “Global Warming Ready” campaign executed with StopGlobalWarming.org in 2007? It was simple! And there was an actual thought behind it.

No, fashion is definitely out of ideas. The most recent boringly “edgy” celebrity-filled Calvin Klein campaign just further confirms it. All of it makes me actually kind of miss the American Apparel soft-porn ads.