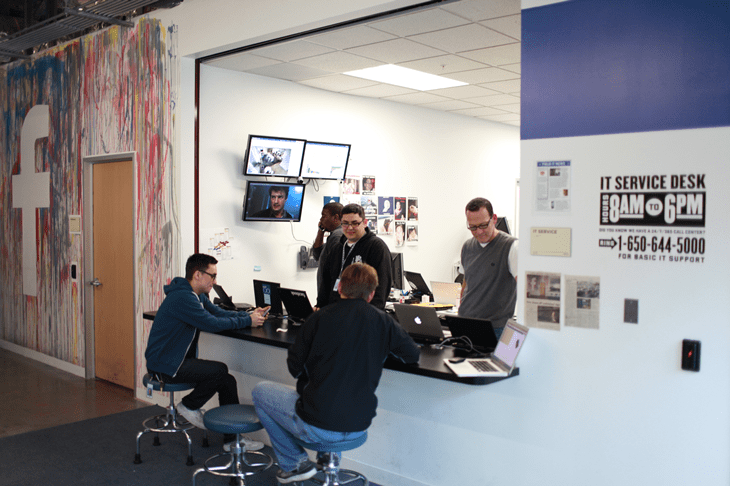 Facebook is hoping an initiative called Shipyard will help bring it closer to the brands and agencies that are crucial to its future. The program has seen top brands and agencies visit Facebook’s Silicon Valley campus, where Facebook gives a look at its product plans.

The Shipyard program is a bit of a twist on the regular sales meeting. Facebook typically invites senior representatives from brands — and in most cases, their agencies — to collaborate with its engineers. The goal is typically to devise new tools, innovations, campaigns or other opportunities using Facebook. Major brands including Unilever have already been briefed on the concept, as have the major agency groups and their holding companies.

“The idea is to get all the decision makers and creatives and engineers in a good old-fashioned war room,” said one agency executive who is working with the social network on the Shipyard concept. “The idea is you all go on-campus for however many days with the intent to ship something within six to eight weeks after the exercise is over.”

It is a telling sign of the approach Facebook plans to take with Madison Avenue. Facebook’s recent IPO celebrated its “hacker culture,” which is premised on rapid prototyping and “breaking things.” The social giant apparently wants to take that same approach with brands, rather than rely purely on sales meetings.

For Facebook, it’s a chance to get a better understanding of exactly what types of opportunities brands and agencies are looking for. For brands and their agencies, meanwhile, it’s a chance to work more closely with the platform, its engineers and its staff than they would usually be able to do. It might also grant them access to data, technologies and insights they wouldn’t have otherwise.

“Having creative in a room with Facebook engineers and the client might enable you to do some interesting things. It’s still very early, but the first brands and agencies that jump in might even have an advantage over others,” the agency staffer suggested.

Specific details of the types of innovations and tools that will come out of Shipyard remain unclear, but to a certain extent, that appears to be its purpose. It’s about sitting down with the key parties to figure out what exactly the opportunities might be for all parties involved.

Facebook clearly has work to do in realizing its potential with brand advertising. According to agency sources, the company has dramatically increased its outreach to both agencies and brands over the past six months and has invited many out to its offices in an attempt to build closer relationships. Facebook executives were in Cannes last month for meetings with top brands and agencies.

Chief operating officer Sheryl Sandberg has also hosted two-day onsite meetings with senior staff from agency holding companies to talk through its vision, its product roadmap, and generally familiarize them with its plans. “We talked about our clients and their needs, and also things like our wishlist,” said one agency exec who was present at one of the meetings.

“They’ve been much more aggressive in flying out big brands and agencies to meet face-to-face with their executives, and not just on the sales side,” said another agency exec, who works at a major digital agency.

A large part of Facebook’s strategy is to involve brands earlier on in the development and launch of new products and features, the source said. Rather than launching products and then expecting brands to figure out how and why they can make use of them, they’re hoping to do so with brand partners already locked in and more deeply integrated. It’s an interesting twist since the Silicon Valley ethos typically holds product above all else, particularly advertising considerations.

“Right now, for the big networks deep brand relationships are vitally important to launching new stuff. When they don’t have brands involved at launch they’re not getting the same traction,” the digital agency exec said.

When asked about the Shipyard project, a Facebook spokesperson said, “Facebook continually works very closely with brands and agencies to enable them to maximize the value of the Facebook platform.”