The narrative that’s set in stone is that organic reach of brand posts on Facebook is spiralling to zero. Facebook’s unsubtle message to brands: Buy some ads.

And yet, there is some evidence to the contrary. Socialbakers, a social analytics company, examined the 3 million most popular pages on Facebook and found, surprise, the number of interactions those pages are getting is going up over the past year. Socialbakers figures that interactions correlate to reach too. 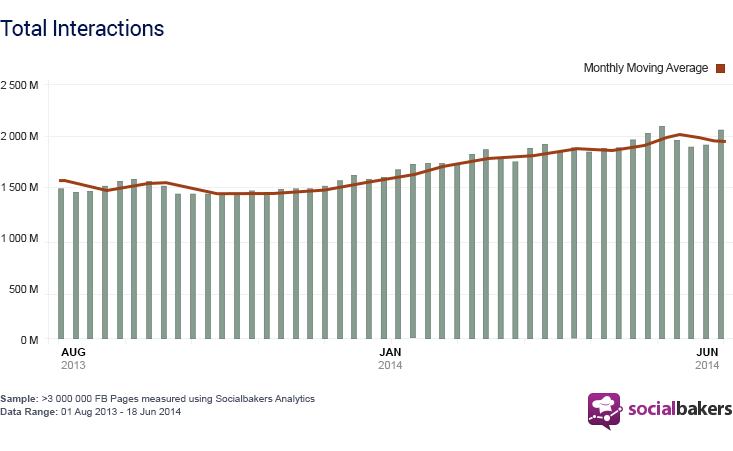 What’s going on here? Socialbakers blames reports on dwindling Facebook organic reach to small sample sizes and shoddy sampling methodology. It has seen interactions go up 30 percent from the start of the year.

“Facebook engagement for brands is most definitely not declining,” Phillip Ross, a social media analyst at Socialbakers, notes in a blog post. “For all the apocalyptic predictions, it seems that Facebook is still heading [in] the same direction as always – upwards, steadily.”

The research conflicts with other conclusions, anecdotal and otherwise, on Facebook. Eat24, a food delivery app, publicly “broke up” with Facebook over the matter. In fact, Facebook recently sought to explain why some brands were finding it harder to reach their audiences. (UPDATE: The doubters are still doubting.)

Socialbakers found that brand content, while showing increased performance, is not keeping up with publisher content, which has seen large gains. Facebook has made a point to show more editorial content to users. (Digiday has seen this, having recently been “verified” as a news site. Our organic reach then went up substantially.) 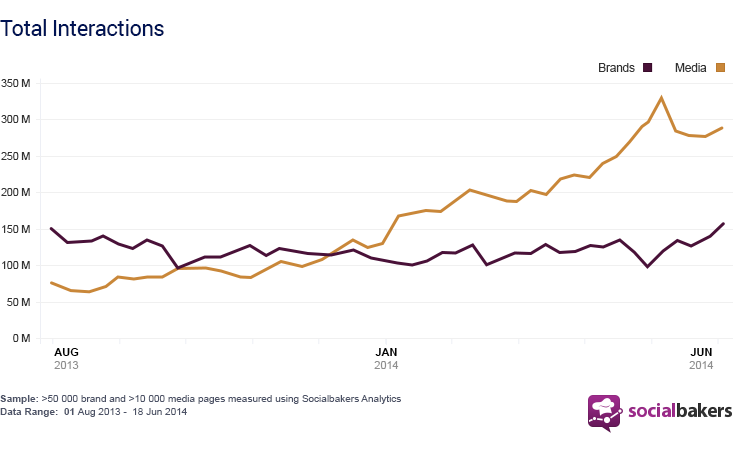 The research is unlikely to quell belief that Facebook will continue to make it harder for brands to reach their followers for free. For instance, many retweeted this graphic of the reach of the Snickers’ Luis Suarez post as more evidence that Facebook is not the place for brands looking for immediate free reach for their messages.