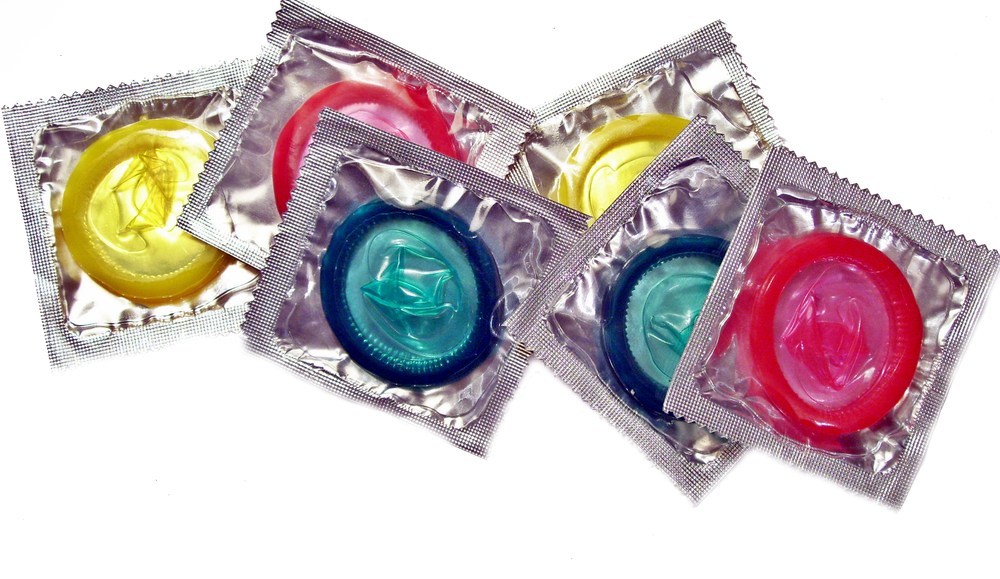 Durex wants to heighten your pleasure, I mean awareness, with its #1Share1Condom campaign.

The condom brand is marking World Aids Day on Dec. 1 with a simple social campaign to supply condoms to HIV prevention programs. Using their fun site 1share1condom.com, which features cute inflating condom GIFs, you can share one of the many facts about HIV and AIDS they have listed on the easy-to-use site on Facebook, Twitter or Chinese social network Renren and Durex will donate a condom to an HIV prevention program.

Beyond the social element, the campaign is a very smart way to ignite conversation around prevention. The idea of the #1Share1Condom campaign is to raise global awareness of HIV and AIDS by creating an online conversation. Durex’s goal is to get 2.5 million (the same number of people infected with HIV last year) facts shared and condoms donated. So far 700,000 HIV and AIDS facts have been shared and condoms donated. 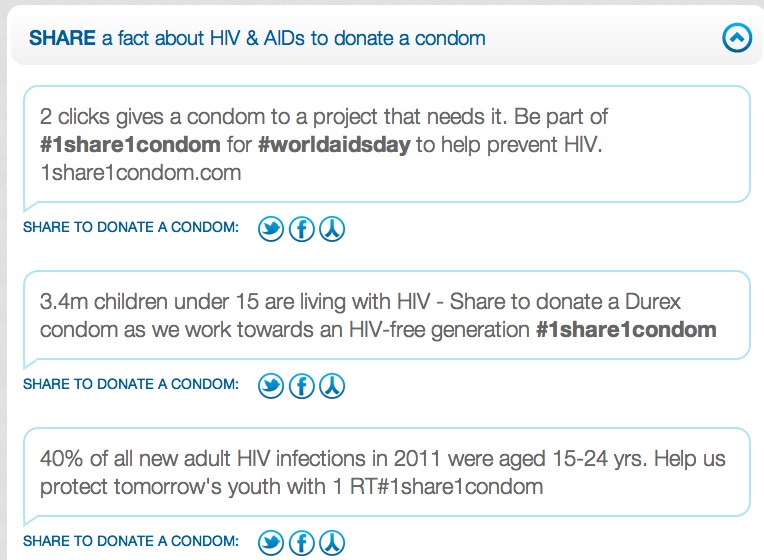