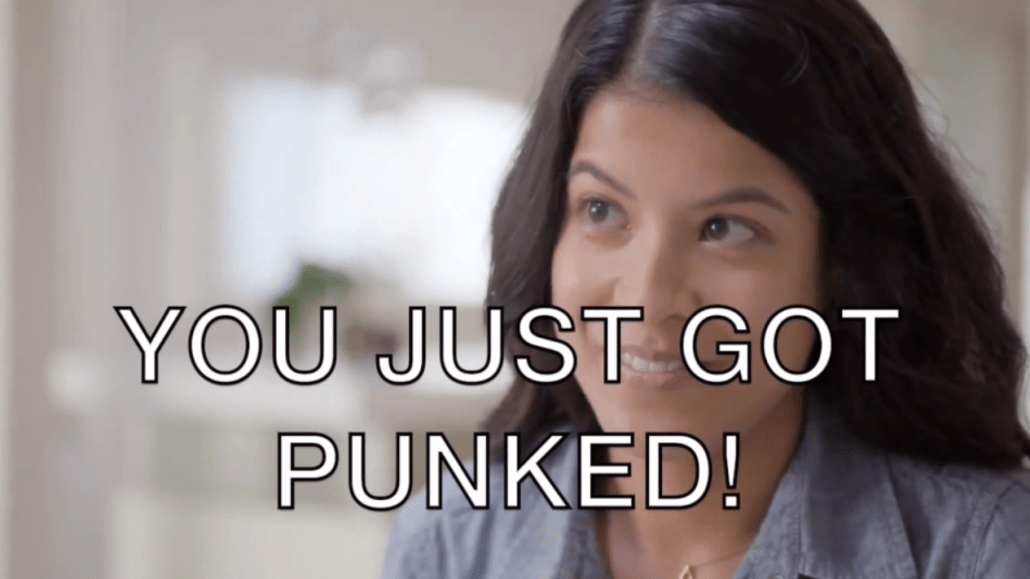 In the six weeks since it was posted on YouTube, Dove’s “Patches” video has been seen more than 20 million times. A tributary of Dove’s “Real Beauty” campaign, the ad resonated with some for being body positive and celebratory of “authentic,” non-supermodel types.

It was also met by ire in some corners. New York Magazine’s fashion blog called it “garbage”; Jezebel dubbed it Dove’s “Most Bullshit” commercial yet.

And yet in a survey released earlier this month, Dove was considered the top best-perceived brands by moms, according to YouGov, which monitors brand sentiment. These warm and fuzzy feelings notwithstanding, Dove has come under a renewed attack.

The Learning About Multimedia Project, or LAMP, is a media literacy organization that is working to teach parents and kids how to be more critical of the advertising they’re exposed to on a daily basis. On Monday, it released a hacked version of “Patches,” which feels like one of VH1’s old “pop-up” videos: Nuggets of contextual copy, commentary and critique appear on the screen as the video unfolds.

For example, when “psychologist and body-image expert” Ann Kearney-Cooke appears on the screen saying, “I’ve been conducting scientific research about women for the last 30 years,” a subtitle on LAMP’s hacked version of the commercial retorts: “Sounds official, right?”

The pop-up text goes on to inform: “Using doctors to promote products has been a popular technique since the early days of advertising.” Then the clip cuts to a vintage print ad crowing, “More doctors smoke Camels than any other cigarette!”

The hacked commercial, handiwork of LAMP workshop coordinator Sinead Devlin, is the 75th such ad the organization has released on its “media breaker” tool, a free, cloud-based video editor designed to remix copyrighted content for educational purposes.

The New York-based group has been traveling to middle and high schools with the media breaker to teach kids more about the subtext of the commercials they see every day.

“We’re getting kids actively engaged in the media every day,” said D.C. Vito, The LAMP’s co-founder and executive director. “We interact with at least 900 young people a year, and we would really like to stop seeing young women objectified to sell a beer.”

In the original infomercial-style “Patches” ad — made by Ogilvy & Mather Brasil, Sao Paulo — a series of women who admit to be less-than-satisfied with their looks are given a patch and told it would help make them more beautiful. It is meant to feel empowering when, by the end of the ad, they all felt better about themselves even though the patch was revealed to be an empty placebo.

“This commercial portrays these women as lacking in confidence by default. It ignores the fact that our society encourages these feelings in women,” the pop-up LAMP text reads. “This exercise diminishes the causes of low self esteem that real women face [and] implies the women are at fault for feeling how they felt.”

The kicker: “Did you know that the makers of this product have no problem putting women down in ads for other brands?” the LAMP video asks before cutting to a sexist print ad for Axe body spray.

Unilever, the conglomerate that owns Dove and Axe, released a statement at the time Patches was beginning to go viral. “All the women who participated in the social experiment feel that it was an extremely positive experience that has empowered them to be far more confident about their beauty, inside and out.”

But that is not deterring LAMP, which has also hacked commercials by Dr. Pepper, which infamously released a soda just for men, and Budweiser, among others.

“We ultimately want to engage with advertisers and marketers, have a dialogue with them and see how young people are reacting everywhere,” said LAMP’s Vito.

And advertisers have been known to buckle when sentiment toward an ad gets too negative. Earlier this month, a campaign for Diet Coke with the tagline “You’re on” was shut down after just three months because it was so ruthlessly mocked in social media.

While it’s unlikely Dove’s “Patches” ad will reach a similar fate, LAMP will continue to work to get its message out there. The organization is currently working to spin off a for-profit version of its media breaker tool that it hopes to license to schools and activism groups. LAMP has already been working with GLAAD, for example, to take on homophobic messages in the media.

“We can use the same tool for discussions around immigration, women’s rights and human rights,” said LAMP spokeswoman Emily Long. “Do we want advertising to cease to exist? No. We’re saying you can sell Axe body spray without offending half the population.”