‘Done is better than perfect’: How Chase built a digital banking brand in-house 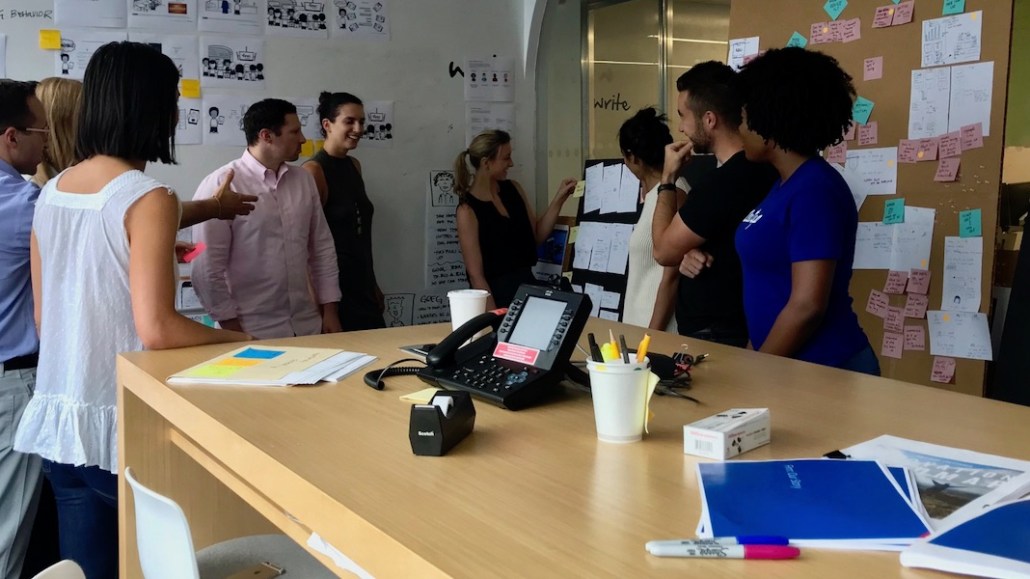 For large banks hobbled by legacy technology, rigid processes and regulations, building a digital-only banking brand from the inside could sound like a non-starter. But inside an office at New York City’s Hudson Yards area, a team of 50 employees at JPMorgan Chase is trying to do just that with a digital mobile banking app, Finn.

“We don’t look like traditional bankers,” said Matt Gromada, managing director and chief product owner for Finn, which is in beta. “Our team tends to be young, diverse and not all from financial services, and that difference is really important to customers.”

Some big banks have gone the route of buying digital companies, as shown by BNP Paribas’ Compte Nickel acquisition last year and BBVA with Simple four years before. But Chase decided to build a digital brand itself for people who want to do all their banking on mobile. The in-house experiment had the support of senior executives and the ability to operate with independence.

Finn offers checking and savings accounts and features that let customers save if they’ve indicated they want more control over their money. Emotion is also part of the user experience. Customers can report if certain purchases make them happy or sad, and the app will provide them with a report that tracks their sentiments.

Chase began testing Finn in October in the St. Louis area, where Chase doesn’t have physical branches. The bank put out the first version of the app in just 16 weeks, with the goal of getting out a product fast so it could get people’s feedback and adjust it if necessary. Chase said it would expand Finn to other markets but didn’t say when. Gromada said Chase is focusing on learning based on user research, aware that some ideas may be good ideas in theory but may not pass muster with users.

“The notion of being perfect has to go,” Gromada said. “You need to get something in the hands of customers that they can react to.”

Finn had two problems early on. While digital-only customers say they don’t need checks, for some, the off-chance that they’ll need one makes them nervous about digital-only banking. Chase solved this by letting people order a one-time check through the app. The other issue the bank is still working on is how customers can deposit cash in ATMs in states where Chase doesn’t have physical branches or ATMs.

Dan Latimore, svp of Celent’s banking group, said Finn is unique because it allows Chase to provide a slick, youth-focused brand that sits on top of the trust and infrastructure of a big bank. Many banks see in-house startups as threats to the core product; having the freedom from Chase CEO Jamie Dimon to try new things was key.

“It’s very tough for [most banks] to do something so radically different in a way that looks like it could potentially be a threat to the incumbent solution,” Latimore said.