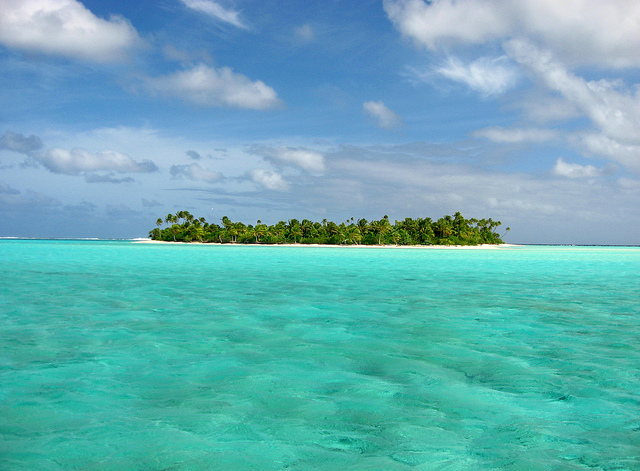 Agencies extending their operations beyond the U.S. typically start with Europe. It would be London first, then perhaps Paris before heading to Asia. But times have changed, and fast-growing markets in less familiar locations are now the first stop for a few digital shops.

Take London- and Brooklyn-based digital marketing agency Web Liquid, for example. It took an unusual route to further internationalization by opening an office in Lagos, Nigeria last month, which is specifically designed to capitalize on the growing appetite it saw there for expertise in areas such as social and mobile. And no, it is not doing work for lottery scammers.

“It’s such an under-served market. Everyone looks at places like Brazil and China, but Nigeria is a great investment opportunity,” said one of the agency’s founding partners, Matt Cronin. “It has a huge population, a growing economy, and their adoption of new technologies has been extremely fast.”

Thanks to the unreliability of fixed Internet connections, many users there are simply leapfrogging that technology and accessing Web content through their mobile devices. That opens up a range of possibilities for brands, but there are few agencies helping them capitalize on that audience. As social media — and Facebook in particular — continues to explode across the globe, there are growing opportunities there too, Cronin said.

Meanwhile, Brooklyn-based social media marketing agency Carrot Creative didn’t even bother with a West Coast outpost before landing in the Middle East. It opened offices in Dubai and Abu Dhabi last quarter. Not only are there growing opportunities in those markets, but the time difference between those cities and the U.S. allows the company to operate on a near 24/7 basis, better servicing some of its global clients.

“We don’t try to be like everybody else, and there’s already competition in those more established markets,” said Mike Germano, Carrot President. “It’s more attractive to get into a market early rather than entering a mature one.”

A similar rationale also explains Web Liquid’s Lagos office, but rather than getting in ahead of the curve, Cronin said there’s already a wealth of work up for grabs. “As a small agency like ours, it wouldn’t make sense to compete somewhere like Brazil versus all the big holding companies. Our strategy is to not go after the obvious ones,” he said.

The company is already helping major brands capitalize on fast-growing Facebook and mobile audiences there, including Coca-Cola, Pepsi, Nokia, and Mastercard, for example.

Nigeria has had its fair share of bad press over the years, including its reputation as a hotbed for fraudulent email scams and its perceived lack of stability from both a political and financial standpoint. But Cronin said that’s exactly what attracted the agency to open up shop there. “Nigeria stands on its own in terms of the quality of the market versus how people think of it,” he said.

Indeed, Nigeria is a fast-growing market. Its gross domestic product rose nearly 8 percent in 2010, according to the World Bank. Compare that to a market like France, which rose 1.5 percent.

Although other African countries such as Ghana offer a similar business environment, scale is an issue, he added. As a result, its next office will likely be in the Far East.

According to Germano, Carrot is also looking to open more non-U.S. offices, but it’s letting data inform its decisions on which markets are potentially most lucrative for it, based on the size and behavior of social media audiences in various regions.

“We see in real time how, where and why people interact on social networks,” he said. “We’re looking to that data to help us gauge where and how to grow and using it to our advantage.”