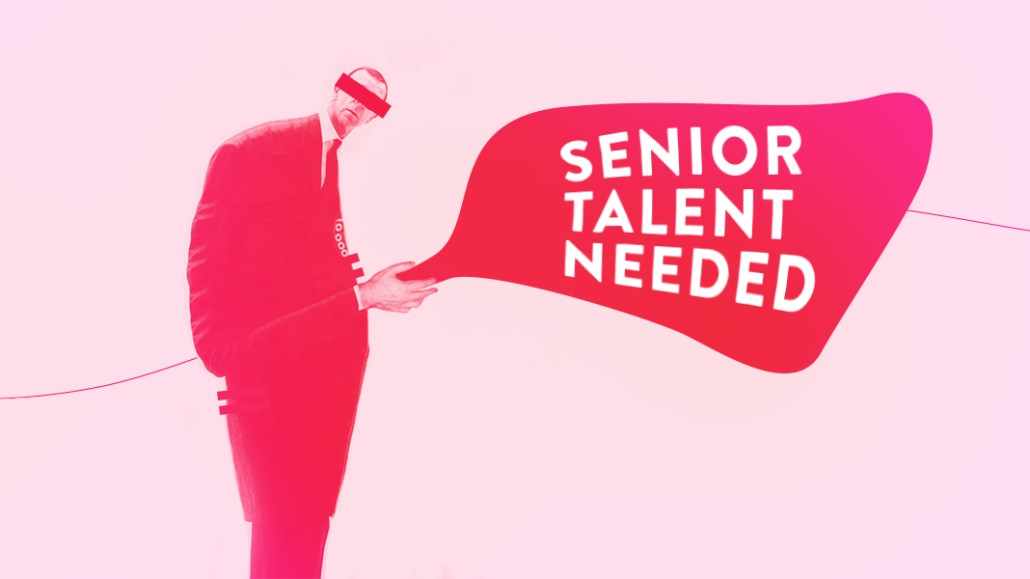 Nearly one-in-four companies are bringing some media-buying functions in-house, believing that it will lead to improved transparency and greater cost efficiencies. But those companies face one major challenge: hiring the right people to actually do it.

Seventy-three percent of client-side marketers said hiring the necessary talent was a significant obstacle to taking media buying in-house, according to a survey of 45 programmatic marketers at the May 2018 Digiday Programmatic Marketing Summit held in New Orleans.

There are several reasons why companies are struggle to attract talent from agencies. One is why media buyers would willingly restrict themselves to only working on one company “in a corporate and boring environment”, according to a report by ID Comms. Travel-booking site Kayak said it took them over a year to hire the right people for their internal media team. 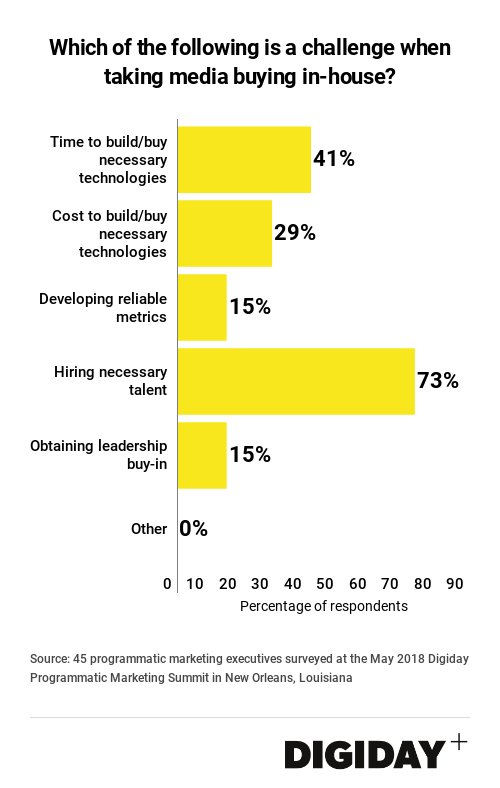 Media buyers have other incentives to stay at agencies, too, including access to greater resources and a larger array of projects and campaigns to contribute to and learn from. Additionally, mid-size companies that lack the appeal of startups or the scale of major corporate brands could struggle to interest would-be employees.

In the Digiday survey, few marketers worried about obtaining buy-in from senior leadership. Just 15 percent of marketers said getting senior leaders was a challenge. That’s because developing internal media-buying often leads to cost-savings which bodes well with executives focused on P&L.

However, arguments over cost saving can be used against in-house media teams and stress the importance of leadership buy-in. One in-house media buyer at a CPG company told Digiday an agency won over its executives by claiming it could get lower rates for ad placements than its internal team could. According the the media buyer who spoke with Digiday, the agency claiming to save money would have had to reduce rates by 25 percent on the last 30 percent of the uncommitted ad spend to meet their projection. Ultimately the executives sided with the agency and shut down its internal team.