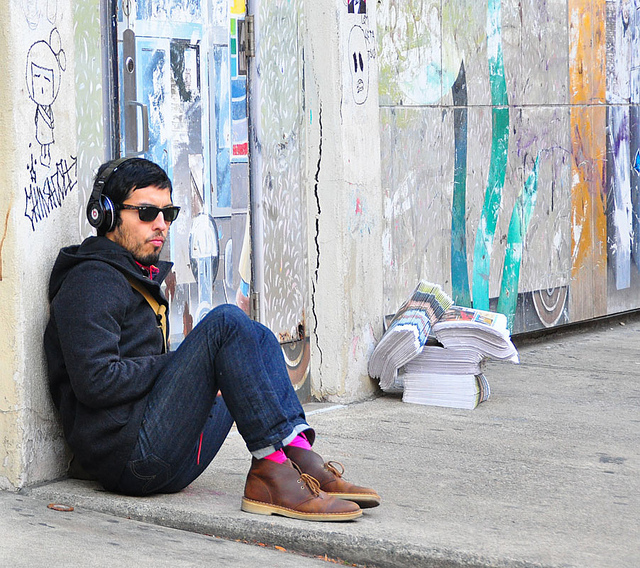 Diesel is going old school for its new campaign to mark the 20th anniversary edition of its YUK shoe. The “Pre-Internet Shoe” campaign is taking a walk down memory lane all the way back to 1993, when Generation X wore flannel and nobody had social media.

Diesel encourages people to go offline and stop sharing on Facebook and/or Twitter and Instagram for three days for a chance to win 20 pairs of shoes. The effort should resonate with grumpy Generation X, which wants to be left alone and drink a beer — and also remembers what it was like to grow up in the analog era.

Diesel created a funny video making fun of the stereotypical Williamsburg bearded, skinny-jeans-wearing, fixed-gear-riding hipster who is a “a photographer, a blogger, a freelance graphic designer and most importantly a GPS artist.” This is the sort of cynical eye-rolling that Gen X pretty much patented.

Diesel isn’t the first brand to take a stand against the social Web and the resulting culture of oversharing. Honda has urged people to take a “Pintermission.” As far back as 2010 Pringles created an “overshare button” for Facebook that people could use to flag oversharers’ posts. It’s somewhat ironic — more Gen X! — since brands themselves are the biggest oversharers around nowadays. It’s definitely smart for a brand to acknowledge the “enough withe the social media” sentiment that we’ve all, Gen X or not, felt at one time or another.