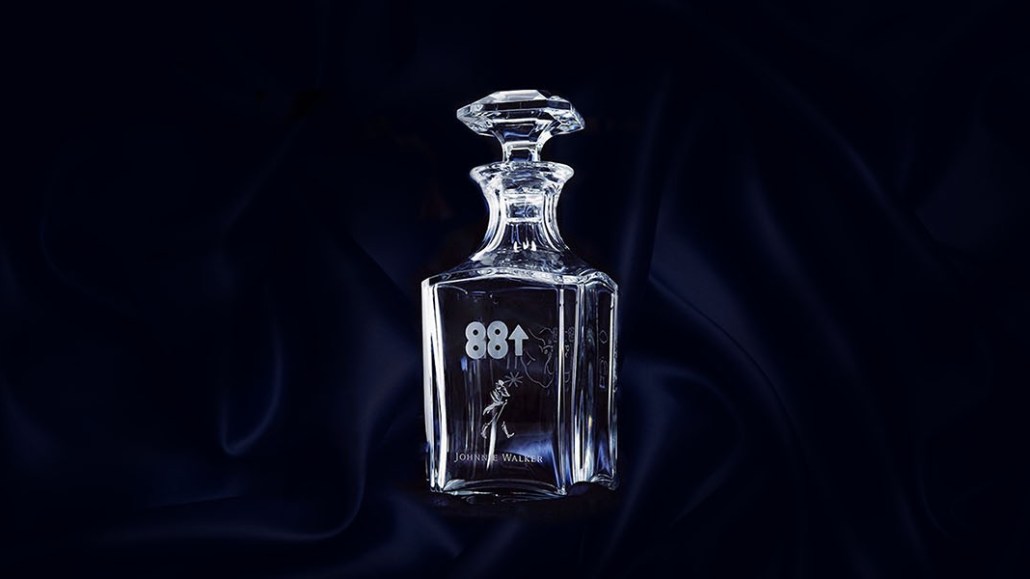 Ntwrk began in the fall of 2018 by livestreaming shopping opportunities; its daily episodes or drops focused on sneakers and streetwear. Now it’s branching into brand partnerships in adjacent areas. 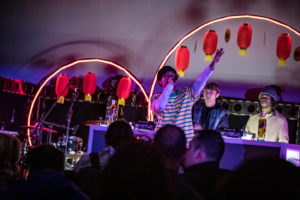 Johnnie Walker had previously sponsored 88rising’s Head in the Clouds festival in August. When Diageo found out 88rising was collaborating with Ntwrk on a Lunar New Year merchandise drop, Diageo decided to give Ntwrk a try.

“The fact that we were sort of organically working with 88rising and bringing together this rich content story, coupled with exclusive product in a limited-time window, along with the experiential piece — I think it made for a robust communications and engagement strategy,” said Ntwrk president Moksha Fitzgibbons.

Backed by investors that include Foot Locker, Live Nation and Drake, Ntwrk is led by former Complex Media and ComplexCon veterans. Since its October 2018 debut, Ntwrk has run exclusive merchandise drops for companies such as Nike and Adidas.

To date, the Ntwrk app has been downloaded more than 560,000 times around the world, according to Sensor Tower. Every day during its daily drop at 9 p.m. ET, Ntwrk users can buy the showcased products, ranging from art pieces to apparel and sneakers.

“It’s not often you find a brand that is committed to celebrating culture and … genuine in how they show up,” 88rising’s CEO, Sean Miyashiro, said of Johnnie Walker.

The video content that Ntwrk created with Johnnie Walker for the drop had an 80% completion rate among the viewers who watched it, Fitzgibbons said. (Most viewers watched the drop from beginning to end.) And the conversion rate (or the percentage of the live auction viewers who signed up to win the decanter) was 10%. That rate is much higher than most e-commerce conversion rates, which hover at just 1%. Most auction episodes on Ntwrk draw more than 8 million viewers on social media networks and over 100,000 live viewers; 5% to 10% of Ntwrk viewers make a purchase, he said.

The number of impressions received for the Jan. 28 drop was in the multimillions, and Diageo, Ntwrk and 88rising all promoted it on their respective social media channels, Nagy said.

This particular partnership was “different from a traditional media buy” and represented a “calculated effort to reach a specific consumer in culture,” Nagy observed. It was a “cost-effective way to get into culture at the height of momentum in that time,” he said, adding that Diageo is considering partnering with Ntwrk on future events and drops.