A BBDO creative documents his year of Airbnb

Trust a creative head to turn even the most mundane experience of traveling back and forth into an interesting adventure. Kevin Lynch, BBDO’s executive creative director for South China, has taken the AirBnb route to find a new place to stay for each of his frequent business trips to Hong Kong over the past year — spending more than 150 days in 53 different neighborhoods so far and documenting his experiences on Tumblr and Instagram. 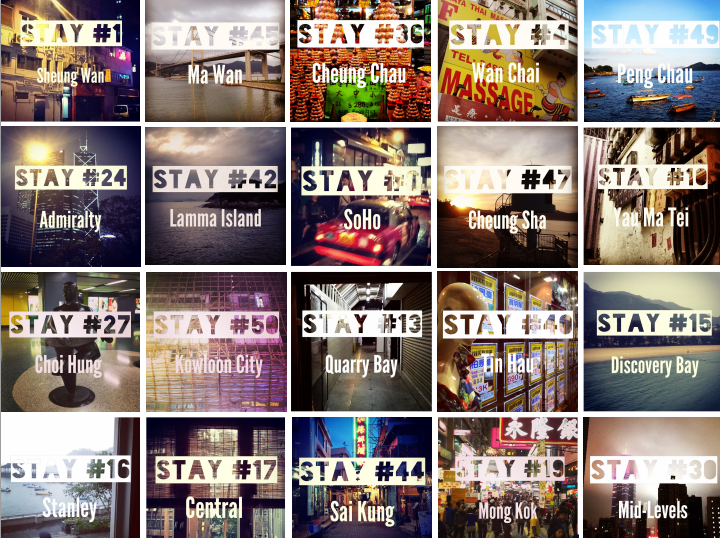 The idea struck Lynch when he got promoted to his current position in September 2013 — forcing him to constantly shuttle between his family in Shanghai and his work in Hong Kong. With barely any time to make the move from Shanghai and a desire to discover Hong Kong firsthand, he decided to abandon hotel bookings and use AirBnb for a year instead — an experiment he calls “YearBnb.”

“When you use AirBnb, you’re not just staying somewhere, you’re living there and getting the local vibe — it is a much richer experience,” he said, adding that he saw himself as a “social Neanderthal” and that these experiences gave him something fun to talk about at social gatherings too.

Having slept on 53 different beds (or couches or hay bails) in the past 11 months, Lynch has seen the opulent and the squalid, the strange and the downright crazy. He’s dished out anywhere between $40- $250 a night and crashed in cowsheds, boats, teepees and even an art studio. “A few of these definitely had me questioning my sanity,” he said.

Like the tiny, bug-infested room in which his “hands could reach both sides of the room walls,” which were themselves covered with bloodstains. Or a room straight out of a James bond film — with a remote-controlled unfolding bed suspended in mid-air. “I voluntarily sign up to try out the shady places — the whole thing is an experience, you can’t always expect the best,” he said.

Now in the last leg of his yearlong experiment, Lynch has caught the attention of AirBnb itself — he was recently invited to speak to the AirBnb community in Hong Kong about his experiences. He also recently gave a Pecha Kucha presentation on his experience, a sort of TED talk for designers to showcase their work and projects in 20 slides for under 20 seconds each.

With barely a month to go until the end, he said that he intends to keep travels like this on his subsequent trips and does not plan on officially partnering with the brand. “If this were a campaign for AirBnb, I wouldn’t be able to be this honest,” he said.