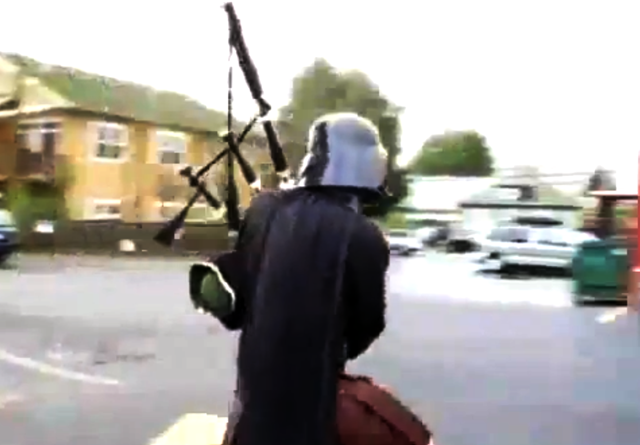 Wikipedia can be a rabbit hole. It starts innocently enough: You’re reading an article and come upon some unfamiliar historical figure, so you search Wikipedia for some background and before you know it, it’s two hours later and you are reading about the Melos Quartet.

Chris Baker, a 24-year-old junior copywriter at Pereira & O’Dell in San Francisco, noticed that his art director David Woodbury, 31, would constantly end up stuck in these Wiki-black holes. He was inspired to start a fun Twitter account, called Woodbury’s Wikis, which (@Woodburys_Wikis) chronicles the results of these Wikipedia adventures. Baker answered some questions about the new Twitter account and Web distractions and work in the agency world.

How did you come up with Woodbury’s Wikis?
My art director partner, David Woodbury, is a bit of a nerd. Whenever he needs a break from work he likes to just go on these crazy Wikipedia binges that take him down a winding road until he ends up at some place like “The Grand Mufti Of Jerusalem.” So two days ago, I thought I’d document his digital adventures in learning. Nothing major, but it’s been fun for me so far

How many hours a day do you think most agency creatives spend “finding inspiration,” aka messing around on the Internet?
Oh, man. Talk about a loaded question. It’s a lot of time. Like, a lot. Personally, I’m probably on the Internet too much. I’ve seen some things. But I’m working through it.

What is one of your favorite Web distractions?
I’ve got the Reddit bug real bad. It’s like my newspaper. Every morning I wake up and check the front page to see what’s new in the world. It’s a fantastic community, and without fail, I’ll see something daily that will educate me or make me laugh or change my perception of the world. That’s pretty cool. Twitter’s good, too. That’s even more like a newspaper. It’s amazing to me how much a single website has sped up the passage of information and news in the world today. It’s revolutionary.

Does the Internet help creativity and innovation in the workplace or just promote procrastination and inefficiency?
Yes. To all of the above. The cool part about the Internet is that it’s a database of information, yes, but it’s also a database of emotion. Imagination and creativity and kindness and sadness and Louis C.K. jokes flash across our screens every day. And, creatively speaking, tapping into an emotional truth is the best way to make whatever you’re doing resonate. On the other hand, sometimes it’s too much. Oftentimes, I’m faced with the choice of, “Do I write 10 more headlines, or do I watch this video of a guy in a kilt and a Darth Vader Costume ride a unicycle and play ‘The Imperial March’ on the bagpipes?” I’d like to say headlines win, but it’s Vader on a bagpipe! I mean, come on! And besides, even when we’re driving flying cars and replacing our organs like tires, I’d like to believe there’d still be no better inspiration than the real world.

What’s the best part of being in the agency world, and what’s the worst?
I’m really new to this business. I’ve been doing this thing for about seven months now. But in its simplest form, my job is to play the “what if” game every group of friends does. Except every once in a while, I get to make it happen. And so far I’ve gotten to work with so many people who are smarter and more creative and funnier than I can ever hope to be. It’s inspiring.The worst? Ideas get killed. Oftentimes, they’re ideas I’ve grown fond of. Sometimes they die a terrible death. A really smart CD once said that being a creative is like being a doctor in a hospital where all your patients die at the end of the day. This isn’t too far off. And it’s tough. But my Dad is an actual doctor, and his bad day is telling a child they are very sick. Mine is my boss shooting down an idea for product or service X. In that light, it’s really hard for me to complain.