The Copyranter guide to making a viral video 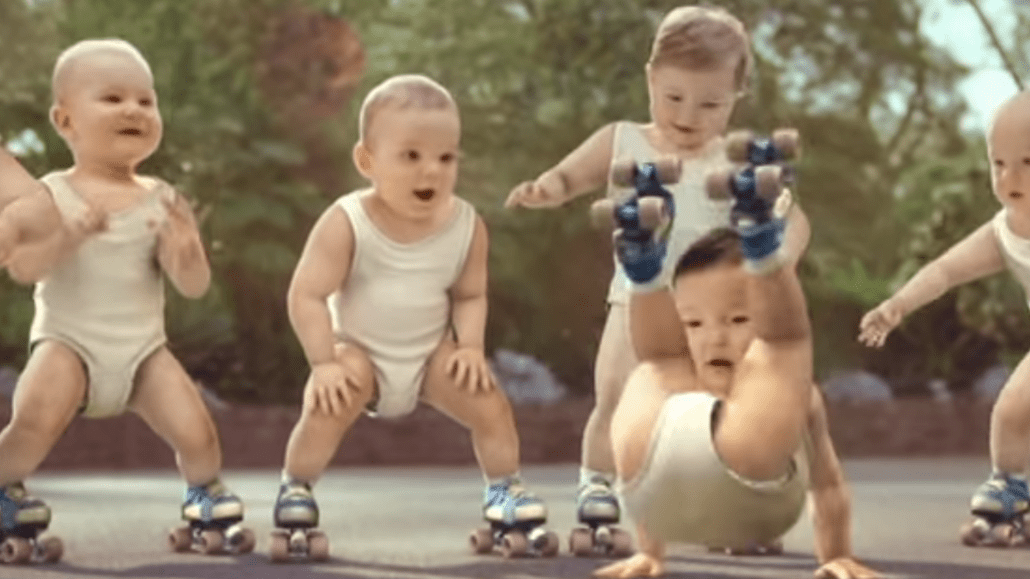 This is the first post of a new Copyranter guide series for today’s digital marketers—because making GIFs is not “creativity.”

Why do some brand videos get millions of views overnight while others just sit there, ignored, like the homely girl at the high school dance who always smells vaguely of mothballs?

Well, brand “evangelists,” I know why. I’ve been studying “viral” videos for 10-plus years on my blog, and I’m going to show you several ways to craft a video ad guaranteed to go “viral.”

Before we get started, you need to understand that video virality has nothing to do with whether the video is “good” or “original” or even whether it “sells” the product or not.

Therefore, you have to start with the specific goal of crafting a “viral” video, not a great video ad — something scores of bored New York City copywriters/art directors could do for you in half a day.

You want “eyeballs?” You want everybody to know your brand name? Read on…
––––––––––
Create a hot fake tinder profile.
First, hire an anonymous, undervalued D-cup model/actress.

Sure, the film “Ex Machina” did this small-scale last year, making a few lonely love-struck boys look like complete dolts, but you can do it better, bigger, meaner.

Link to an Instagram video where the model slowly drops her clothes while also sexily dropping a couple of “subtle” plugs for your product/service. (This will need a good script — my rate is $500/day.) Before you know it, people will figure it out, the media will swoop in, and everybody will be watching the video because you’ll be “that fucking brand that tricked me into touching myself.”

But everybody will know your name.

Send your product into space.
Red Bull figuratively did it, but you should literally do it — and the less sense it makes the better. Space is so hot right now and you need to get your product into that headspace.

A few brands have already tried this but failed miserably. Remember the chocolate marshmallow sandwich treat Wagon Wheels? Back in 2010, Y&R Sydney “relaunched” them by launching them into “space” (video below).

The video has a pathetic 1,199 views as of press time — because they lied (that lame-ass “rocket” didn’t make it to “space”) and because they tried to make it make sense.

Also in 2010, London’s “Viral Factory” says it launched 100 paper planes with memory cards or something in them from 21 miles above earth. It was a stunt called “Project Space Planes” for Samsung. Even though it was fake and perfectly made zero sense, it also was a big stupid bust.

So, just do it exactly like these two brands didn’t, and you’ll “go viral.”

Recommended brands: Anything that has no business being in space, for example: Crocs, Breath Right strips, the “American Idol” judges, etc.

Make a bullshit “armed forces veteran returns to hometown” video, like Budweiser did.
Nine million-plus views, baby — before Bud pulled it because, you know, it was maybe illegal and definitely disgustingly exploitative.

Recommended brands: Anyone who has done horse-shit faux patriotic ads before.

Use creepy animated anthropomorphized babies
It doesn’t matter if your product doesn’t actually make you feel younger — like planet-destroyer Evian and its planet-destroying plastic-bottle water product has been doing for years, with head-scratching “viral” success.

Recommended brands: Oil Of Olay, Porsche, and Viagra (the babies would have little boners — this is a great idea).

Make a snuff video.
There are thousands of terminal cancer patients who want nothing more than to die right now, today. Find a willing one who the camera loves and kill him/her, live, on video.

He/she would talk about his/her illness and the desperate need to find a cure for cancer. Then, he/she would explode into oblivion, thanks to the massive amount of C-4 strapped to his/her body. Shocking but painless. Fade to black, up logo—V/O: “This important public service message has been brought to you by the good people of…”

You’d have to host the video on your own microsite, but no biggie.

Last resort: Do a Flash Mob.
Sure, they’re dead. But they’re waaay dead. So yours would probably eek out a million views, if it was big and stupid enough.

Recommended brands: Anybody near bankruptcy.

Next up — How To: Get Your First Copywriting Job.