Copyranter: The biggest digital dumbasses of 2015

Tom McElligott, co-founder of Minneapolis ad agency Fallon McElligott Rice and possibly the greatest-ever American copywriter, once said, “I would much rather overestimate than underestimate the intelligence of the consumer.” The ads he wrote certainly backed that up.

Today’s social/digital media managers, however, seemingly, would much rather underestimate than overestimate the intelligence of any 5-year-old who happens upon their feed — by tweeting any quarter-baked thought or pun that farts out of their brain.

And these metrics-grab thoughts and puns usually have little or nothing to do with their product. These attempts at “engagement” are completely useless to a brand’s growth. Completely.

MLK Day
What kinds of brands should tweet on MLK day? Zero kinds. Even if you’re currently a doctor who happens to be named Martin Luther King, just STFU.

Buick uses the somber day to promote their presence at an auto show featuring the “Buick Gal.” Did the “Gal” wish everybody that walked by happy MLK day? Meanwhile, over at Staples, perhaps it would have been better to show a little white paperclip and a little black paperclip joining little paperclip hands and singing.

Speaking of car gals, how did the digital dumbasses do with sexism in 2015? Many of them were all for it! Here are just a few of the worst sexist brand social ads from this year. 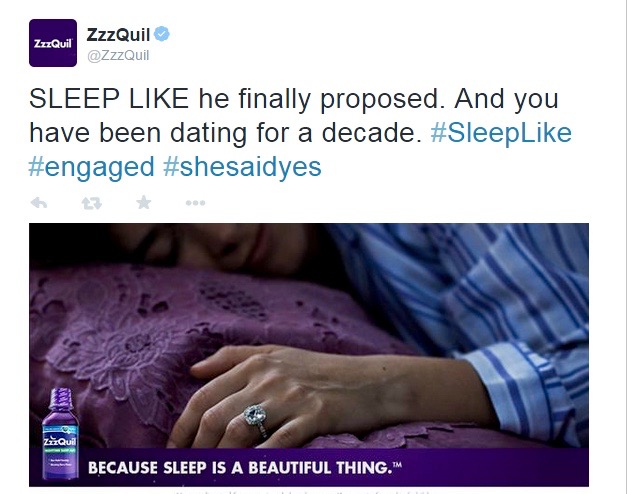 Dear ZzzQuil tweeter, never, ever get high on your own supply. Especially at work. Also you might want to consider dating someone else.

A rare trifecta: sexism, ageism, and stupid-ism all in one amazingly tone-deaf tweet. 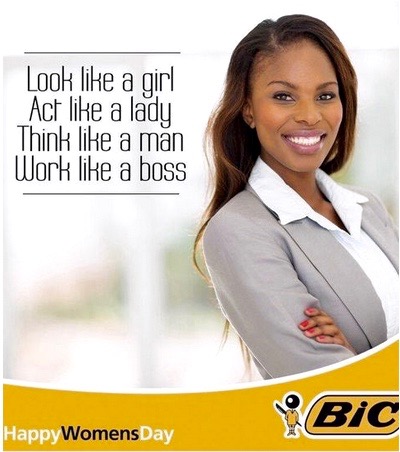 Oops. Maybe that trifecta isn’t so “rare” after all. Who wrote this ad (that appeared on Bic’s Twitter feed on International Women’s Day)? Ernest Hemingway? Donald Trump?

Hostess
Making a cupcake look like a baseball for opening day? A nice visual idea! Being sports-stupid for no discernable reason? Ah! Apparently, there is a reason. Brands are now sometimes being stupid with tweets on purpose, as a strategy, to create more of a reaction, to get their brand more “engagement.” 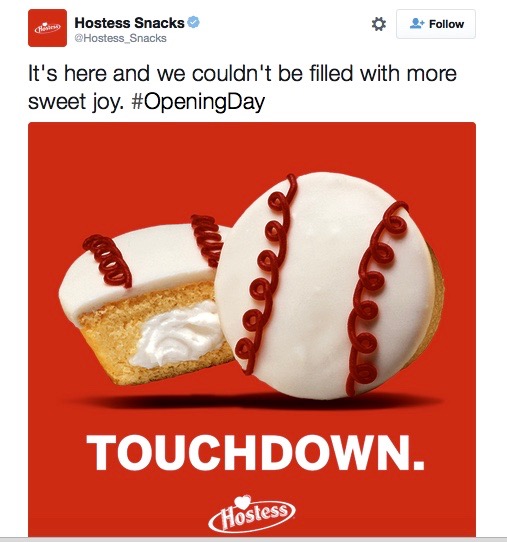 In other words, they’re treating their followers like abject morons. More anti-McElligott-ism.

May the 4th
This is a glowing example of why ad creative pros should be running social media accounts, not dumbass 20-somethings with no real world experience. Instead of actually thinking up an original idea/visual to tweet or update, something that provokes positive thoughts about the brand, the dumbasses just latch onto a day or current event and bang out their first thought.

These were the two stupidest brand “May the 4th” tweets, followed closely by about 1,000 others. 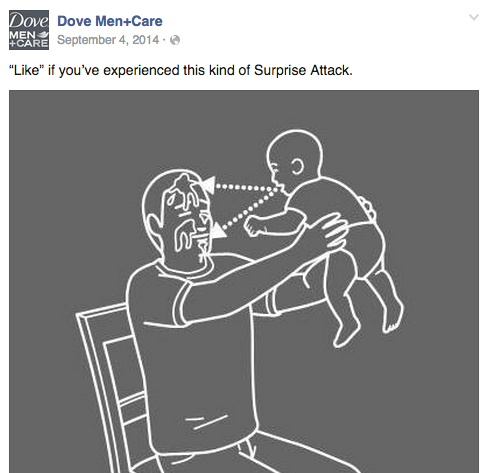 You really need to see, like a month’s worth of Dove updates to fully understand how imbecilic they treat men. It feels and reads exactly like a parody account. Tip via the Condescending Corporate Brand Facebook page, which you should bookmark.

More like: Jet BLEW UP, amirite? BWA-Ha-Ha. A basic understanding of the history of flight is maybe a good requirement for an airline’s social media manager.