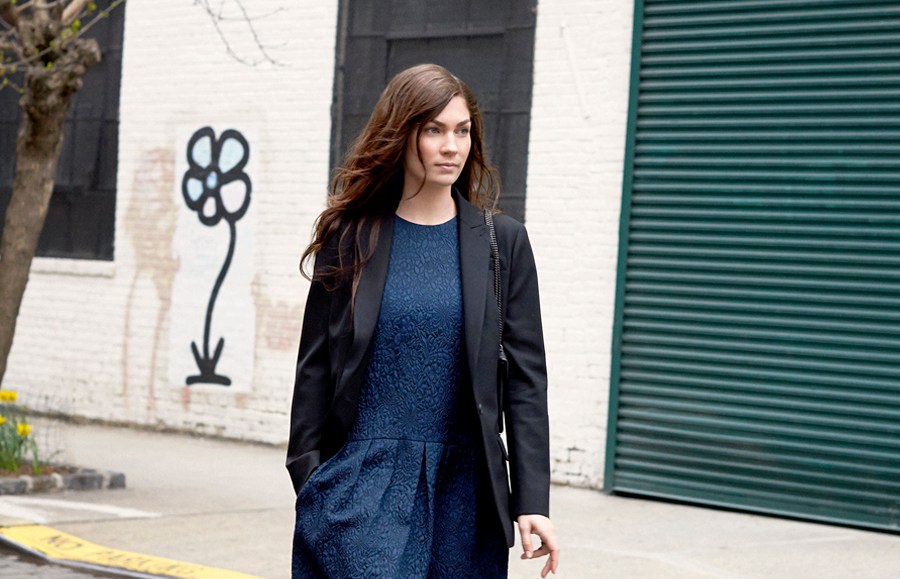 Club Monaco is killing two birds with one stone with its new Tumblr lookbook. Lookbooks are the standard fashion industry PR tool. Rather than a print lookbook or a press-only site, which are the industry norms for lookbooks, Club Monaco decided to release its fall lookbook on Tumblr to make the lookbook into both a social media experience for consumers and an easy-to-access tool for press and media outlets.

“We wanted to give the lookbook more legs and make it more than just a PR tool and into a something that gives consumers a deeper experience of our brand and products,” explained Ann Watson, vp of marketing and communications at Club Monaco.

Club Monaco also created a Tumblr theme for Tumblr’s “Theme Garden” that is a lookbook layout so that users can be create their own fashion spreads.

“Our goal is to give them the most engaging experience with a fashion brand — where they can curate, create and share our imagery,” said Watson. “In effect, consumers can become their own editors and develop their own wide-scale fashion community, where it all stems from our brands products and stories.”

According to Watson, Club Monaco decided to use Tumblr over other platforms because of Tumblr’s large global audience and the its customizable features. Club Monaco also already has an established presence on Tumblr with its own blog “Culture Club,” which has over 200,000 followers.

Tumblr can be a tough place for brands to fit in, but fashion brands definitely have it easier. Fashion images are a huge part of Tumblr. As Watson stressed, Club Monaco wanted to create content for the blogging platform that wasn’t disruptive and that the visually-driven Tumblr community would appreciate and want to share.