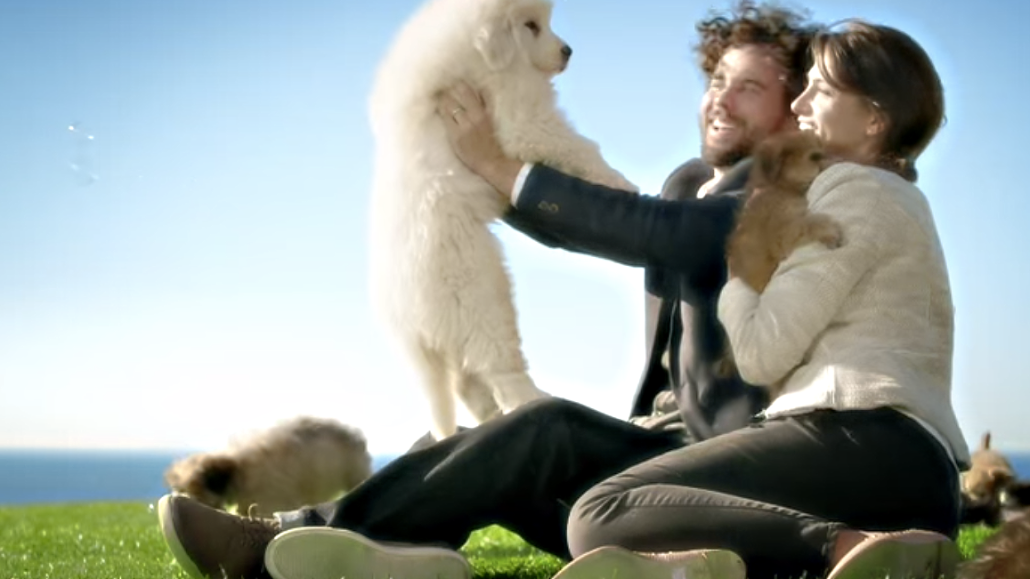 What do a ton of fluffy puppies and a real estate franchise have in common? On the surface, not much, but in a series of Web ads that launched last month, Century 21 has essentially equated watching a litter of wiggling baby dogs to the feeling you get when buying a new home.

Last week, the company took the campaign as step further, running a massive ad on the YouTube homepage featuring an all-day PuppyCam that directed users back to the Century 21 website. The stunt, according to Century 21’s chief marketing officer, Bev Thorne, resulted in more than 44 million impressions.

“The original puppy video was received so favorably, so we used that creative to take over the [YouTube] front page and had a little fun with it,” said Thorne. “With the traffic that we got, we were able to connect people with agents and offices.”

It’s not as though Century 21 needed to resort to a puppy ploy for attention. But it certainly didn’t hurt. The company already has the largest online presence in the real estate world. According to comScore, the company generated more than 25 million unique visitors in 2013. That’s 10 million more than the next closest national real estate franchise. And, according to Thorne, as much as two-thirds of that traffic is social, with YouTube being a large factor. 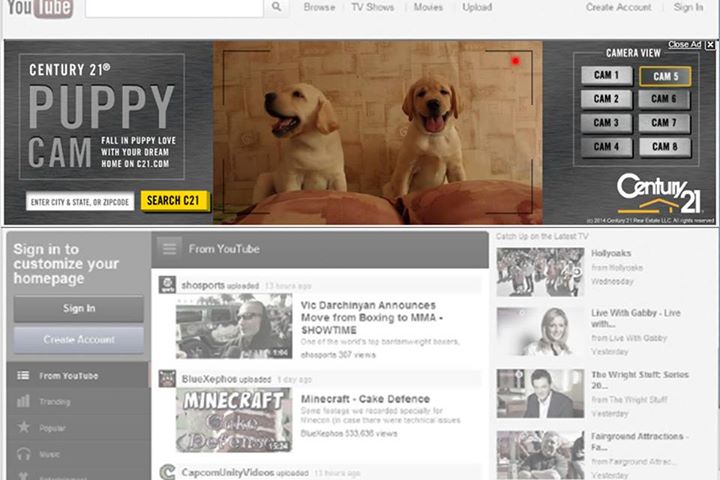 It helps, too, that the franchise has more than 100,000 sales professionals worldwide who have undergone an internal social media-training program in which they learn the fundamentals about social tools.

“The average age for a real estate agent is a little higher than is what probably thought of as the digitally native,” said Thorne. Once trained, the agents are able to use the major social platforms, and read social media reports, to determine what went well locally. (Here, for example, is the active Twitter account of Century 21’s Northern Michigan branch.) Century 21’s main Twitter account has almost 68,000 followers. Its Facebook page has more than 165,000 followers. Its YouTube page has more than 1 million collective views.

In order to stay on top of its 7,100 independently owned broker franchises around the world, in mid-March, Century 21 began experimenting with Google’s social tool, Wildfire. The tool, Thorne explained, is currently being deployed to its various branches, and allows for the main Century 21 account to create and populate content for its local branches to use as they see fit. The branches then can either choose from corporate content or create their own. In June, the company will be launching a digital marketing call center for agents to get live responses on how to use the tool,  and read its own analytics reports.

In terms of connecting with its followers in real time, though, for Century 21, anything related to home is where the heart of social lies.

“Home is the center of so many conversations,” said Throne. “For example, when the royal baby was trending, obviously the royal family doesn’t need a new home, but in general, new babies mean new homes. The point is just to keep home and the need to buy a new home, top of mind.”