A Sober Perspective on Cannes 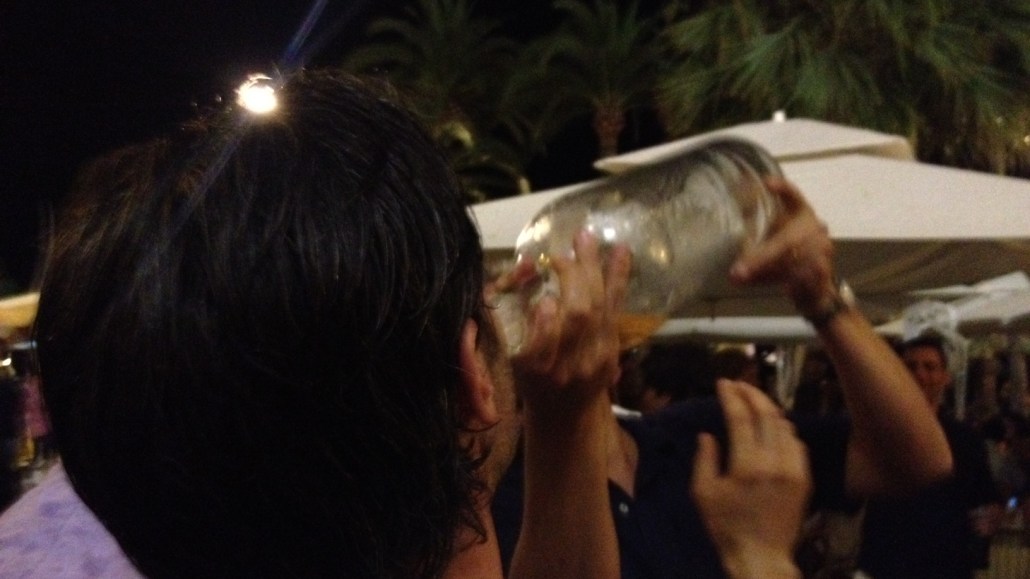 Before reading this, you should be aware of two things. One: This year was my debut attendance at Cannes Lions. Two: I don’t drink. Perhaps the latter point gives credence to the former. In an odd attempt to support my sobriety, I’ve decided to approach this article in a very drunk way — by interviewing myself.

What’s the first thing you noticed when you arrived at the festival?
The world’s most perfect climate. It really is pleasant, especially at golden hour.

Is Cannes really just a big excuse to party all night for a week straight?
It definitely seems that way. I have seen more than a handful of society-contributing advertising professionals “asleep” on the sidewalk. But I think that’s just fine. We only get this life once, right? Advertising can be a very stressful industry. It’s full of ups and down. So why can’t people decide to just completely unwind for a week?

What’s the vibe?
I would say love and unity. There’s an unspoken connection among the attendees because we all, regardless of agency or nationality, share similar goals and ambitions. And considering how small our industry really is, there’s a lot of love, old friends reconnecting, and laughing and bonding. It’s like Mardi Gras, only completely opposite.

Who is the biggest advertising pro you’ve seen?
I almost spilled my Sprite on David Lubars at the Adage Cocktail party last night.

What do you think about the awards portion of the event?
We’re a service industry. I like to see work awarded for its effectiveness at rendering said service. That’s a true reflection of our value as an industry. Cannes has highlighted some really excellent and deserving work. Kudos.

Who hosted the best party this year?
I’m definitely not the authority on what makes a great party at Cannes. It seems like everywhere I look people are having a blast. I went exploring the other afternoon up through the hills and found this huge, epic old castle-looking church that overlooks the entire city. People were setting up inside for what looked like a no-expense-spared, ultimate bash to end all bashes. A little investigation revealed that it was McGarryBowen’s party.

Is there a dress code?
I hope not. Gulp.

How is the food?
The food is spectacular. The service, however, is … well, different. Eating at a restaurant in France is like constantly ordering from the Soup Nazi. I realize it’s just a different perspective on what makes good customer service, but for us who are unfamiliar, it can be a little disconcerting.

From your perspective, if only one thing could trend on Twitter from the festival this week, what would it be?
#Collagen