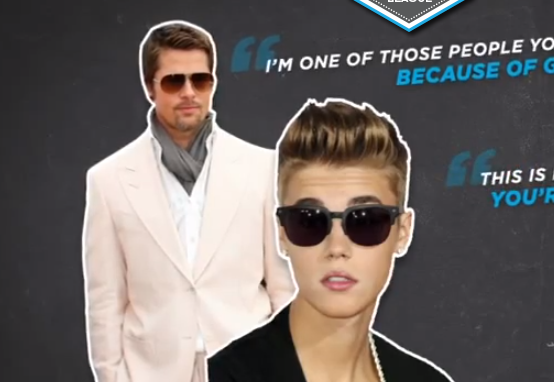 Digital agencies regularly churn out side-projects for fun in their down-time, but that doesn’t mean they can’t learn something from them, too, even if they are just glorified ways to poke fun at celebrity-obsessed social networkers.

Digital agency Iris Worldwide found that to be the case when building Fantasy Chatter League, an online game it plans to launch during Social Media Week. It’s essentially a fantasy league where instead of managing a team of athletes, players manage celebrities and are rewarded points based on their activity and buzz on Twitter.

The agency hopes the game will help boost its brand in the U.S. market, given the fact it’s relatively unknown here compared with the UK, but it also learned valuable lessons in the process, according to managing director Sarah Aitken. The product was born out of its tech team simply experimenting with new ideas, and it ended up growing from there into a full-blown product, she said.

“We asked our tech team to play around with some new bits of code and technology, and they came up with a rules engine that could read data and spit out results. We originally talked about how it might be used for client work, for things like incentive programs, but eventually decided to see what we could turn it into something of our own.”

From there the agency assembled a team of five volunteers, including technologists and creatives, and they set to work creating the game in their evenings and weekends, and in down-time waiting for things like client feedback. Client work took priority, but agency resources were allocated to it, too. According to Aitken it was a worthwhile investment.

Agency staffers regularly jump ship to the startup world because they want the opportunity and creative freedom to build their own ideas and products, they say. Initiatives such as these help satisfy that thirst to a certain extent, by letting them work outside their usual client constraints.

“It’s great to give people creative freedom without being constrained by guidelines and process, and the energy levels and buzz are up right now because everyone’s excited about it. The best thing is that it filters through into client work, and it’s a great way to unit everyone in the organization,” she said.

Another key benefit from the project was a deeper insight into the client perspective, Aitken added. When building the game the team continued adding new functionalities and features, and kept changing things around — basically exactly what agencies tell their clients not to do. “It was interesting because we realized we were basically our own worst client. We ended up going all around the edges of our usually processes, which was really interesting.”

The game itself launches February 19th, but Iris plans to keep it live permanently, and will update and invest in it further based on the interest it receives. It’s not ruling out attempts to monetize it or involve brands down the road if it proves popular and attracts and audience.

But ultimately it was intended, and will likely remain, as an opportunity to do something fun and different outside of its day-to-day operations. There’s value in that alone.

“This isn’t something we do all the time and we probably couldn’t, but what’s nice about this type of thing is it proves ideas can come from anywhere,” Aitken concluded. This wasn’t born out of creative, it came from back-end guys and turned into an interesting product idea. That in itself has been inspiring, and has sort of opened us up to a new way of thinking about how we unlock creativity in people.