In defense of Shingy: ‘He’s like a hired artist’ 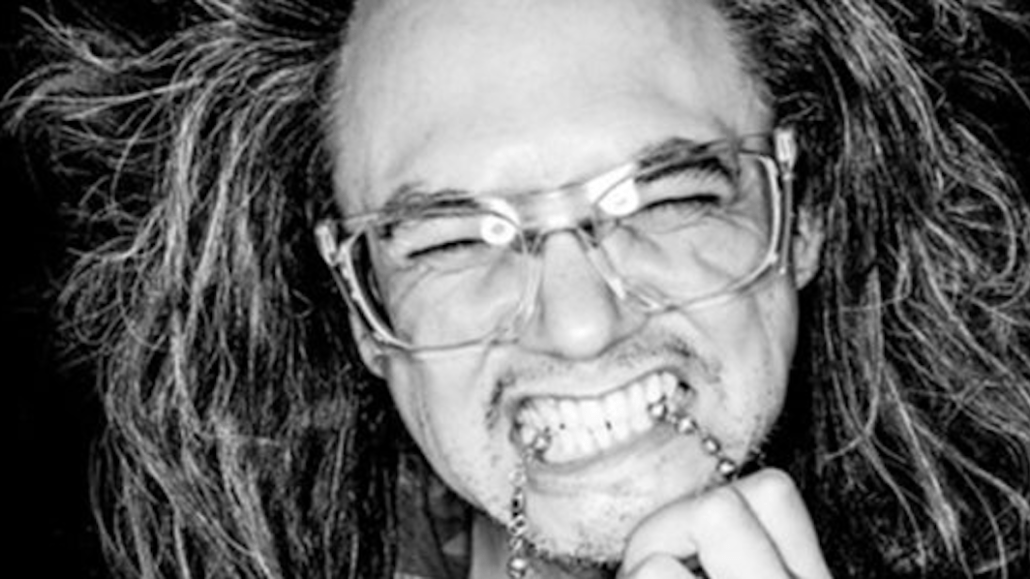 The Internet is a cruel place. Just ask Shingy. Lately, everyone seems to be piling on the “digital prophet” for AOL. The New Yorker stoked the fire Nov. 10 when it published a short profile that revealed that he gets paid six figures to “fly all around the world and go to conferences.” The Guardian attempted to answer what a digital prophet really is and concluded, “It remains unclear.” Shingy’s high-profile, outlandish appearance and tendency to coin new terms like “pizzled” and “fail forward foundation” make him an easy target for mockery.

But Shingy, a native Australian with physics-defying plumage whose real name is David Shing, seems to take it all in stride. And his employer doesn’t seem to mind, either.

“Shingy is an invaluable asset to AOL. He is an unconventional thinker with a unique perspective who helps keep us, as well as our brands and agency partners, looking to and organizing around the future,” said Jim Norton, global head of media sales at AOL.

Here, then, is the case for Shingy, based on what his boosters are saying about him:

He educates.
Sure, “digital prophet” is a ridiculous-sounding title, but if you think of Shingy as more of an educator, his spiel about the future of digital, social and mobile is a message that needs repeating to the people at the top.

“A lot of people in the C-suite for major brands still have no idea how digital, social and mobile really work,” said Chris D’Amico, group creative director at Hill Holliday. “Maybe he’s getting a lot of heat from people who are very educated in the space, but they’re not sharing the information the way he’s sharing it.”

Once you get beyond the buzzwords and the theatrics, he makes people feel special.
His style of theater may elicit eye-rolling, but offstage, he knows who controls the budgets. That’s why he wins praise from top executives at agencies like DigitasLBi and AKQA. “He’s passionate about marketing, and even if it’s a bit of a show, you don’t always get that same energy or interest from others,” said Adam Shlachter, chief investment officer at Digitas.

He’s a champion for content.
With the decline of the banner ad, brands are recognizing that content is the best way they can connect with consumers. But they’re still figuring out how do that, so the more people like him to spread the message about the value of quality content, the better it is for marketers and publishers. That was the big takeaway for Kirk Allen, co-founder and COO of Reshift Media, a Toronto-based digital marketing company. “He said it’s not about likes; you can buy those. Digital behavior today needs to entertain, inform and be useful to the audience.”

He’s good for AOL.
AOL gets a bad rap as a digital company that’s struggling to transform itself into a media play. Having a creative person like Shingy in house, whether or not it can be tied to bottom-line results, can bring some energy to the culture of an organization like AOL, and which others could do well to imitate. “He’s like a hired artist,” D’Amico said. “I would guess AOL is not betting on him to build the business. It’s equal parts culture and sharing this thought leadership on digital media and getting people educated in the space. But I’ve never seen him do a sales pitch.”

No one knows where media’s headed, so he’s as good a person as anyone to point the way forward.
“Shingy is like the guy in all those New Yorker cartoons that sits cross-legged on the mountain top and answers the deep questions in life,” said another admirer, Rob Gregory, chief revenue officer of WhoSay. “Since nobody really knows where digital media is going to head next, we need a guy like that, so it kind of works. Plus, he has great hair.”