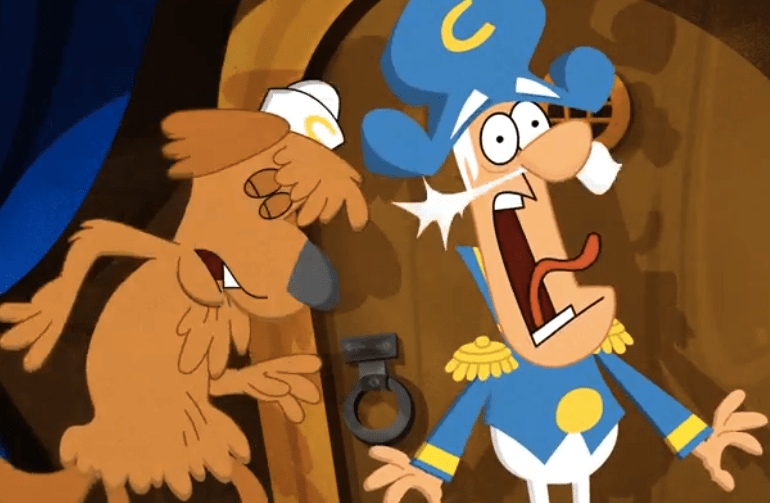 Move over Jimmy Fallon and David Letterman. There’s a new late-night show host in town, and he goes by the name of Cap’n Crunch.

The Quaker Oats cereal brand, with the help of Huge, is revamping its cartoon mascot for the digital age with a new Youtube webisode series aimed at adults, called “The Cap’n Crunch Show.” Following the talk-show format, the Cap’n will interview cartoon versions of celebs and fictional characters and ask them about their personal lives, pop culture and so on. Nine episodes will “air” every other Tuesday at 11:35 p.m. EDT starting May 7 on the brand’s Youtube channel.

Lately, lots of brands have been reviving and updating their mascots for today’s digital world so that these characters don’t get left behind. Along with his new show, Cap’n Crunch is on Twitter and Facebook along with other brand mascots like Mr. Clean and the Energizer Bunny. The Kool-Aid man recently got a makeover and a new Facebook page. While mascots once carried a brand and its message, today, it’s not quite clear if people really want to be hearing from cartoons in their social feeds about promotional messages.

The effort is also noteworthy coming from Huge, a Brooklyn shop that made its name building e-commerce sites. As it has grown, Huge has moved further into digital marketing.

While “The Cap’n Crunch Show” is supposed to be a late-night show in order to attract an older audience, I am not sure how many adults would actually want to watch a branded cartoon, on Youtube, at 11:35. Seems like a stretch.

Watch the trailer for “The Cap’n Crunch Show” below.