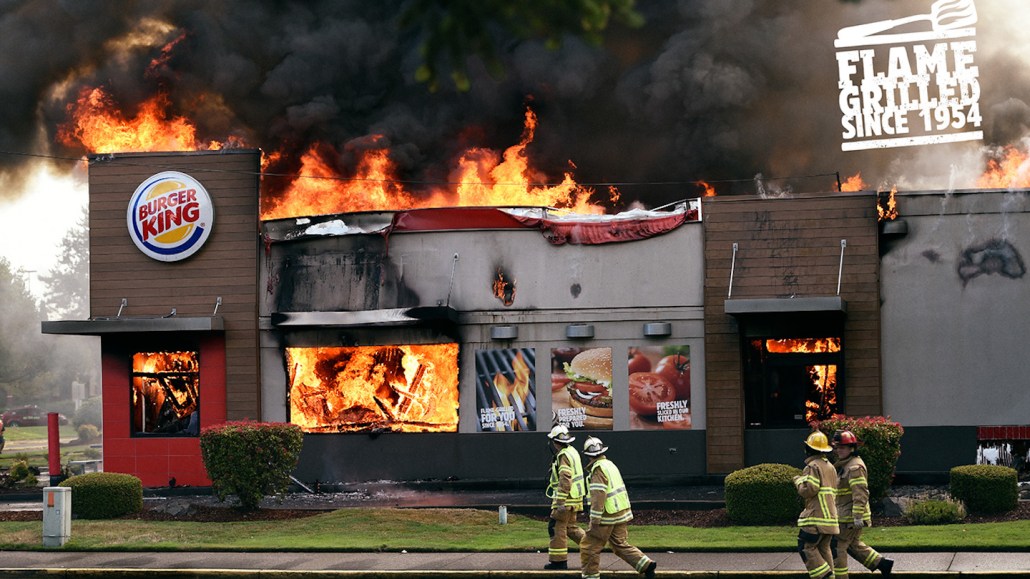 Let’s start with the “Meet Graham” project by Australia’s Transport Accident Commission (agency: Clemenger BBDO, Melbourne). It rightly won almost every award it was up for. Scientifically engineering a new human body built to survive car accidents was a brilliant idea. But it is the Graham model that captivates us. You can’t stop staring at him.

Of course, all “print” ads are now also “digital” ads because of internet sharing. And these executions were two of the most shared ads worldwide, both when they were released and last week at Cannes. They were almost certainly shared more than any of the actual Cyber Lion winners. The reason for this is simple: The visuals are arresting, engaging and unexpected.

With the BK campaign, the copy was simply a signoff of the concept. The copy on the Tagesspiegel Trump ad actually takes away from the visual. The ad would be better with just a logo — a great ad for a newspaper with zero words. Ain’t that something?

As is illustrated with the Tagesspiegel ad, you don’t need to go to Crazytown to create an unexpected visual. The agency simply used the product. Another example of this type of great visual thinking is the below 2014 billboard for the Smart car:

You are stopped, you are engaged and intrigued — by a “boring” product shot billboard (agency: Contrapunto BBDO, Madrid). The headline isn’t what stopped you (though here, it does add to message).

Social media mavens are finally figuring out what good ad creatives have known since the late 1950s: Visuals persuade and sell better than words. And unexpected visuals that present a product benefit or image in a dramatic, original way sell the best.

Write that previous sentence down, new-to-the-ad-game tech and consultancy agencies. Because hiring all the slick content writers/journalists/social gurus you can find will not change this absolute advertising truth. Creativity has been seriously injured by your ilk, but it ain’t dead yet.