Budweiser uses Hyperlapse in real time at Made In America festival 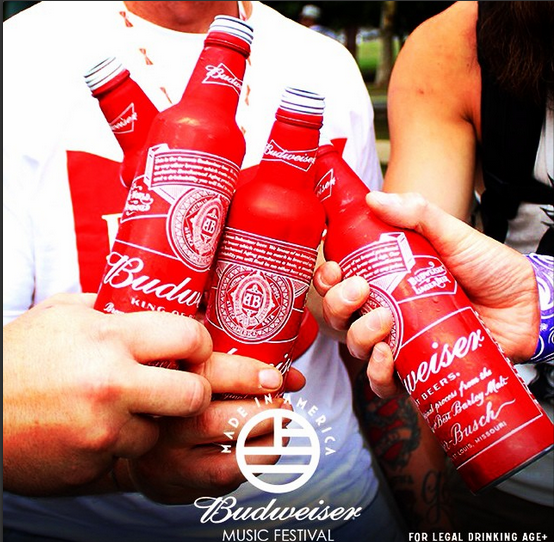 The third installment of the Budweiser Made in America music festival took place this Labor Day weekend. Not only was it the self-proclaimed first bi-coastal American festival (held simultaneously in Philadelphia and Los Angeles) but also one of the first attempts by a brand to actively make use of Instagram’s latest app Hyperlapse in real time.

Budweiser partnered with ad agency Translation for the Jay Z-curated two-day festival — which featured an array of performers, ranging from Kanye West to Pharrell Williams to Iggy Azalea — to push out Hyperlapse content on Budweiser’s Twitter, Instagram and Facebook accounts. Hyperlapse, a new app from Instagram that stabilizes the user’s phone and allows amateur cineastes to shoot time-lapse videos and tracking shots on the fly, became an instant hit when it was released last week.

“Budweiser is always proactive when it comes to leveraging new technologies, especially when it comes to social,” Jenn Fleet, senior social strategist at Translation, said. “We’re always looking for new, innovative ways to tailor our content.”

Still, Budweiser only posted two Hyperlapse videos, using the festival’s niche audience as a sort of testing ground for their broader social media fan base. The testing went well. The first Hyperlapse, documenting the journey to the front of the crowd during deejay Steve Aoki’s show, was liked nearly 1,400 times on Facebook.

The second, featuring Girl Talk, displayed a superfast vivid imagery of lights and was liked over 800 times.

Marcus Collins, the executive director of social engagement at Translation, said that since the Made in America audience doesn’t necessarily overlap with Budweiser’s overall social media fan base, the brand was able to experiment with the new technology.

“We’re celebrating the ‘makers’ of tomorrow — the innovators, the ambitious, the creative and the visionaries,” he said. “It’s unlike being at a Coachella or a Bonnaroo, and we tried to capture that experience for this kind of an audience.”

To this end, another focus this year was capturing as many perspectives as possible, to give a taste of the festival to those who weren’t present. Content was shot from the crowd, stage, press pit, production trailer, beer gardens and even swings.

This broadening of Budweiser’s social strategy around Made in America seems to have worked, for according to Translation’s analytics team. This year, the festival generated nearly three times more social chatter than last year, and Budweiser’s Twitter account saw four times more engagement during the festival.

Budweiser isn’t new to trying out different campaigns for social engagement, with its most recent one promoting BudLight through an impromptu party town as part of the WhateverUSA campaign. Last week, it also took the iconic Budweiser Clydesdales out for a Hyperlapse trot.

According to Crimson Hexagon, the social data analysis company, the hashtag #MadeInAmerica outperformed itself from last year—rising from 36,145 tweets last year to 94,002 tweets this year.