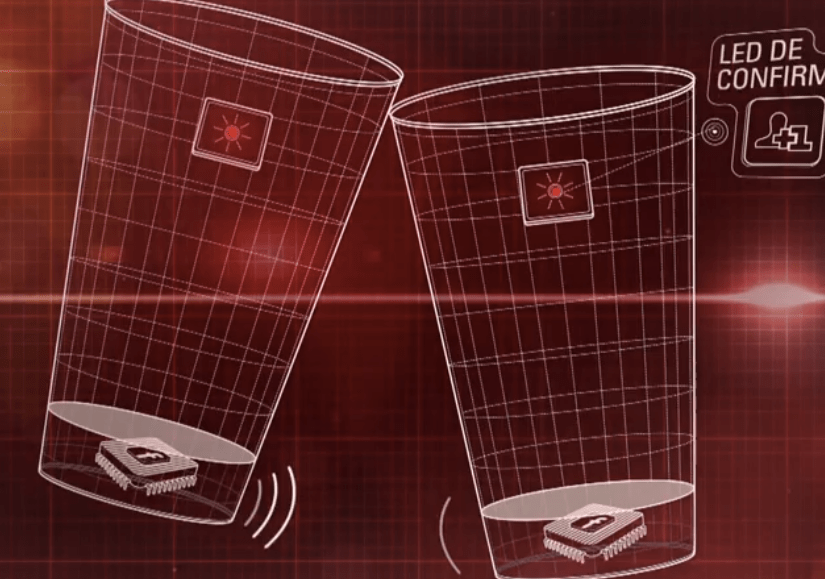 Looks like Heineken’s “smart” beer bottle has some competition when it comes to interactive beer bottle designs.

Budweiser Brasil is making drinking even more social with its new “Buddy Cup.” With the help of Agencia Africa in partnership with Bolha, a digital innovation studio in Sao Paulo, the beer brand has created a special beer cup that instantly makes people Facebook friends when they clink their glasses in real life. The cups have special chips in them that connect to Facebook.

It’s a fun idea, but similar to Heineken’s beer bottle, it’s clearly more about showing off brand creativity than actually creating a real product for consumers. Other brands have been experimenting with interactive physical products too. For example, Heinz recently created musical spoons to go along with its new flavors of baked beans. The spoons, which are fitted with tiny MP3 players that play when the spoon is in your mouth, were actually made available to consumers through London retailer Fortnum & Mason for $87.

Realistically, a “Buddy Cup” probably isn’t cheap either. And can you imagine if all cups in bars connected to Facebook? You’d have a lot of creepers as Facebook friends, that’s for sure. A “social” beer cup is probably not something women would ever want.