Breaking In: The Millennial View 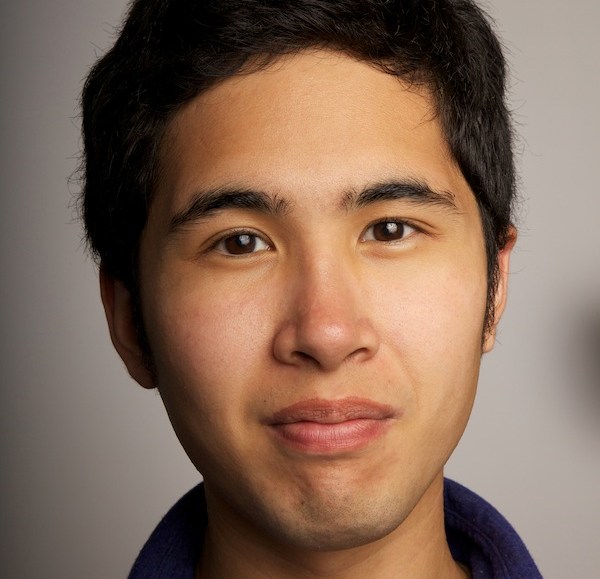 After collecting a degree in advertising from Loyola University Chicago in May, Mike Cabellon moved to New York to get his start in the industry. That’s meant taking any marketing-related internships he can and scraping by month to month on their measly paychecks. Digiday spoke to the 22-year-old to get an insider’s view of why it’s so difficult for recent grads to land full-time advertising jobs, why internships are often useless, and why Millennials are misunderstood.

Tell us about yourself. What are you doing in NYC, and how did you get here?
I knew I wanted to go into creative, and so I sent unsolicited cover letters and resumes to pretty much every agency imaginable or Google-able. Nobody bit, so I moved to New York City sans apartment, job and confidence. Things eventually worked out, kind of. I have an overpriced, terrible, but ultimately acceptable apartment at the very northern tip of Manhattan, and I currently have a paid internship in the marketing department of a small mobile ad company. My friends call me lucky. I’m working four days a week, doing intern work, i.e., work that they don’t need me to do, just work that nobody else has the time to do. I’m barely scraping by, living paycheck to paycheck, and I’m lucky. I made it.

We always hear about how agencies are desperate for new talent.
AKQA has a hundred job openings. That’s wonderful! Too bad many of those jobs are on the back end: QA, engineering, coding. We went to school for advertising. I’m not saying it’s not entirely our fault. Learning about computers has been a good idea since the early ’90s; kudos to those who were smart enough to go to school for computer science. But the ad industry is doing very little to support the next generation of ad makers. This would be like going to school for nursing and then graduating to find out that suddenly hospitals aren’t all that into the idea of hiring new nurses. They want plumbers. Should’ve gone to plumbing school. And if you want to be a new nurse, you better have three to five years of experience.

Are you getting any useful experience from your internships?
At my current internship, I’m learning an awful lot about the emerging mobile market, and that’s been interesting. But at the same time, I’ve had internships where I’m literally just “the data entry kid.” And even at the good internships, I’ve never felt like I had a “job.” To me, a job is when you can say, “I do this, this and this for the company,” and there’s always work to be done. But every internship to me has just felt like, “I do whatever my boss tells me to do.” Sometimes there’s really fun, gratifying, educational work to be done. But sometimes there isn’t, and then I’m just (hopefully getting paid to be) sitting at my desk, reading blogs.

What’s your view on unpaid internships?
Unpaid internships are only acceptable about 2 percent of the time, when it’s under 10 hours a week and the learning-to-work ratio is about 50/50. Otherwise, there is no reason a company can’t pay me. The basic idea behind not paying interns seems to be that teaching them how the industry works is payment enough. Or, sometimes, that I’m being paid in college credit, which is the most backwards thing I’ve ever heard of. I pay my university for classes that require me to get an internship that won’t pay me. So not only am I working for free, but I’m losing money. It’s infuriating. Getting paid in “experience” might’ve worked back when interning was an alternative to college, but now that most degrees require internships as a supplement, internships have shifted away from teaching and towards free labor, which isn’t really fair.

Senior agency execs sometimes say Millennials in the industry expect everything too quickly, and complain too much. What’s your take on that?
In some ways, the generalizations older agency folks make about Millennials are spot-on, but most of the time those same people fail to realize that we don’t live in the same world our parents lived in. We expect everything quickly because everything comes quickly now, and we complain a lot because our culture encourages us to. Think Yelp reviews, or complaining at companies via Twitter. Our parents could get an internship at 15 and slowly work their way up the chain. And when we were born, they encouraged us to go to college so we could get well-paying entry-level jobs right off the bat. But while we were busy in school, things changed, and now being a college graduate isn’t enough anymore. Our generation is stuck in this weird position of being promised the world if we did what we were told, but we’re finding out that’s not the case, and we can’t really do anything about it.

Should colleges be changing the way they teach students, then?
There’s a huge difference between what employers expect out of college graduates and what college actually equips you for. At almost every interview I’ve ever had, I’ve heard something akin to, “Oh, great, you can do X, but can you do Y and Z?” It’s not enough to just know Photoshop; you have to know how to code too. Or, like, you know how to make a Twitter campaign, great, but for a social media job you also have to know how to rewrite a website to be more SEO-friendly. And that’s not what colleges are preparing us for. I only had four years, and I had to take history and English classes too; I didn’t have time to take design classes and coding classes. I know that I can’t speak for every advertising program, but at my school, I feel like most of my advertising classes — even the ones that were specific to a particular skills like copywriting — tended to emphasize general knowledge as opposed to specific knowledge. And you could argue that I could’ve gone to a two-year portfolio school, but then I would just have one really, really good portfolio and zero skills outside of my one area of expertise. But don’t get me wrong, I’m am very grateful to my professors for sharing what they know with me, and I’d be nowhere without them.

What about employers?
Employers just need to be more realistic about the environments we’re coming from. I always get really uncomfortable in interviews when I get asked, “Where do you see yourself in five years?” Like, do you know what it’s like out there? My dream job is whatever job I’m applying for. I’ll take what I can get. My biggest ambition is to be debt-free. Hopefully in five years, I’ll be employed! I don’t care where or how; I just want to be making money.