Brands want you to know they too are #BostonStrong 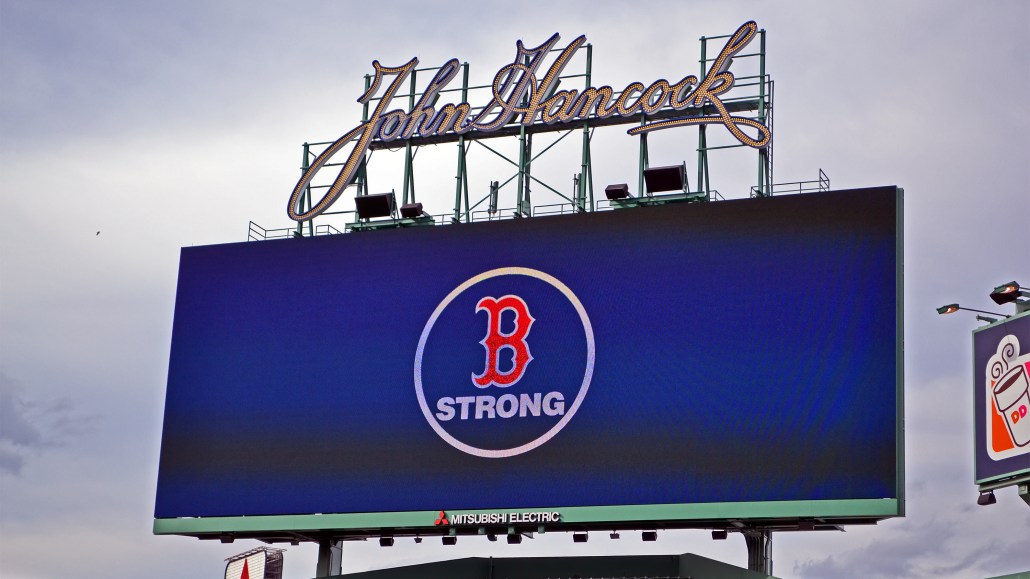 Brands are still finding their way in social media. At times, the rush to be relevant and “human” runs up against the boundaries of good taste especially when it comes to how marketers handle tragic occasions.

“Boston Strong” is a brand unto itself. A play on Livestrong and the “Army Strong” tagline, it sprung into existence following the terrorist attack at the marathon finish line a year ago. The Boston Globe noted the phrase “shows just how much we have learned from the advertising world in the creation of catch phrases that “stick,” even when they are inspired by utterly unexpected events.” Indeed, there are no fewer than eight trademark applications for everything from Boston Strong beer to Boston Strong coffee already in the works. The business of America continues to be business.

Boston, nice job taking a tragedy and turning it into a marketing campaign #BostonStrong

There’s an argument to be made that brands need to be more human, and expressing their own solidarity is a natural way. And then there’s the idea that some apparel company shouldn’t capitalize on a tragedy to sell socks. Justin Miller, a marketing and digital strategist, has an office a couple blocks from the finish line in Boston. He is firmly in the latter camp — and shared examples of what he feels are marketers stepping over the line with #BostonStrong.

There have been a pretty significant amount of companies that are tacking on #BostonStrong or Boston Strong to their brands, and although I don’t think it’s malicious, I think it’s inappropriate because they’re using a terrorist attack to position themselves and their brand with consumers. No Under Armour, you’re not Boston Strong, you’re an apparel company. If you ask me — a marketing person who has to think about things like this for his own company — the play isn’t connecting yourself with the tragedy but acknowledging it. Instead of being Boston Strong, you should be thinking of the victims on the anniversary of the tragedy and then go back to talking about how your innovative fabric can feel light while keeping your body temperature down. It’s phony and cheap.

Here’s a selection of marketers using #BostonStrong. Weigh in with your own thoughts on which hit the mark and which miss it.

Ever wondered what #BostonStrong sounds like? Get inolved to find out. We’ll donate $1 to @OneFundBoston every time #SoundOfStrong is used!

One year later, our hearts and thoughts remain with the people of Boston and all those affected by the Boston Marathon tragedy #BostonStrong — Dunkin’ Donuts (@DunkinDonuts) April 15, 2014

It’s a beautiful day at the #BostonMarathon expo! Come see us in hall 1800 #weruntogether #BostonStrong

Anyone running in the #BostonMarathon going to be wearing our bamboo running socks? #BostonStrong

ICYMI: My post on @LinkedIn about What Brands Can Learn From @bostonmarathon https://t.co/Q8HHFiXb4H #BibChat #BostonStrong

Show your ongoing #BostonStrong support by cheering on the @bostonmarathon athletes. Join us and @alexandani: https://t.co/EZ79sJxSGh

Forever #BostonStrong, we remember the tragedy in our hometown. This year, #WEWILLRUN united. https://t.co/u3qLu0Oatc pic.twitter.com/hOWdGwFSNX