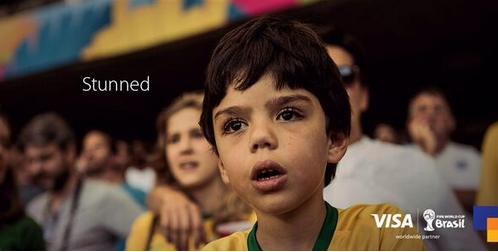 The nation of Brazil was stunned by its beloved Selecao’s incredible collapse at the World Cup, where it was soundly and thoroughly thrashed by Germany, 7-1. Even worse, the suddenly inept Brazilian soccer team become the butt of real-time marketing jokes by brands.

Stunned children are apparently #priceless. MasterCard might see a surge in popularity in Rio.

Dunno if that would have been enough.

Somebody give #BRA some wings! #justforkicks

DiGiorno goes the pop culture route with a cheap one.

Not the wurst we’ve seen, dog. Not the best either.

Well, this is wurst case scenario for Brazil. #BrazilvsGermany

Kudos to this German radio station for not settling for a tweet.