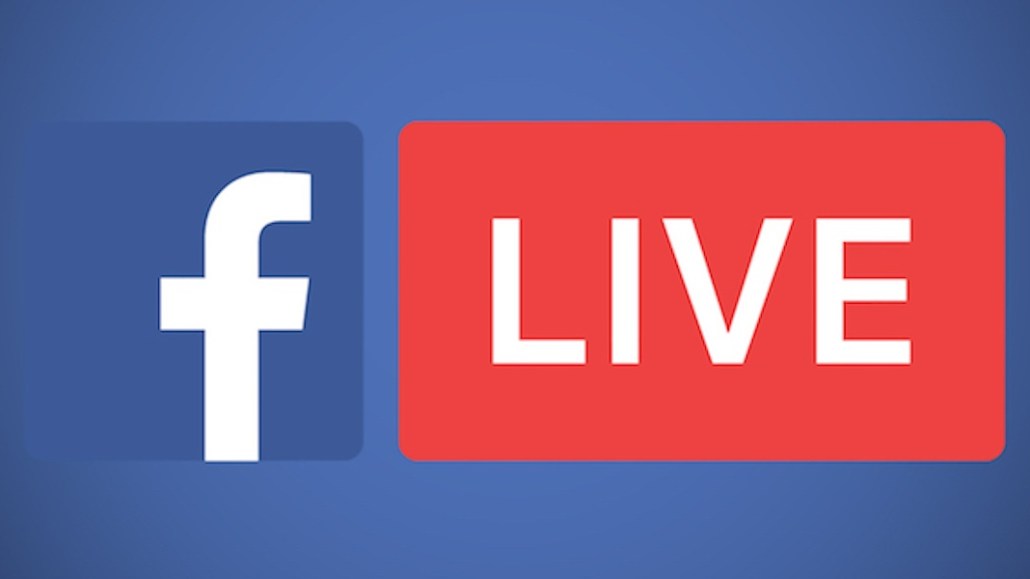 Brands are testing out promoted live videos on Facebook, targeting and alerting users to their live broadcasts as they’re happening. The sponsored videos appear in newsfeeds at the time they are being streamed live.

Jose Cuervo ran a sponsored Facebook Live video for on National Margarita Day this Wednesday with its agency CP+B L.A., targeting pre-determined audience segments to ensure that its message was hitting its core target, and amassed 135,878 total views in the process. Laundry Service, on the other hand is set to run one this weekend to support a product launch from one of its biggest clients. Other agencies including SS+K and Blue Fountain Media have also recently tested out, or are in the process of launching tests for sponsored live videos for their various clients.

“Promoting live video has allowed us to get additional distribution on our live videos, which is always a good thing,” said Jeremy Leon, vp of strategy at Laundry Service. “It’s not quite as refined as the process for promoting non-live content, but it’s getting better and better and I presume will soon will be just as effective as promoting non-live video.”

At present, brands can promote their Facebook Live content through sponsored posts either prior to the broadcast or once the live streams have ended. But as Digiday has reported earlier, Facebook has been letting select brands boost their live videos while they are live since late last year. One such brand is Benefit Cosmetics, which has boosted previously aired live streams at a later time, and will use promoted Facebook Live videos to drive awareness for two of its bronzing products next month.

Sponsored Facebook Live videos may not be a budget-friendly way for brands to grab eyeballs. But with Facebook drastically reducing the organic reach of brands a few years ago, paid promotion on the platform is a necessity if they want to reach more than 2 percent of their existing audience, according to Claudia Cukrov, senior digital strategist at SS+K. It’s also important for brands to optimize their social content for Facebook’s platform as they move towards encouraging higher amounts of video consumption.

“The tool allowed us to organically reach 13 percent of our audience for a non-profit client whose aim was to reach and engage the next generation of activists,” she said. “Paid promotion ensured we reached beyond our existing fan base and into the feeds of millions of our target users.”

Promoting Facebook Live videos not only gets the creative in front of more new users, but also drives video views and increases average view time, two core KPIs for most brands, according to Stuart Perkins, director of social content at North. What’s more, the targeting is extremely nuanced, focused not only on demographics like age, but also geography, said Davaish Singh, senior media director at Blue Fountain Media. So if you’re a restaurant brand running a promotion at a certain location for a specific time, for example, you can run a promoted live video to users who fall within the area.

“It’s a great tool for brands whose aim is to increase brand awareness,” he said. “Even if I haven’t heard of a brand, if it’s offering me a great deal for a limited amount of time, I am likely to check it out.”

The biggest advantage though, according to Singh, is that while regular Facebook Live videos allow users to interact with brands, there isn’t really an organized way with which brands can actually parse through all the comments and use them to further their relationships with consumers. With promoted Live videos, Facebook is working on rolling out an interface to make it easier for brands to contact the people who tuned into the Live feed and also commented, he said.

“What was really lacking in Facebook Live so far was that there was no systematic way for brands to follow up and cultivate relationships based on their videos,” he said. “But this can be very interesting, and actually help brands track conversion.”

A Facebook rep declined to confirm when the feature was being broadly rolled out.