Twitter co-founder Biz Stone launched a new social query app called Jelly just two weeks ago and early adopters are already using it to ask questions based on photos they’ve taken or screengrabbed. Want to crowdsource the genus of a particular backyard rodent or identify a B-list celeb you may have seen on the street? Jelly’s for you. Just snap a photo, and ask your extended social network whatever might be puzzling you.

But increasingly, it’s for brands too. Big companies are already trying their hand at Jelly, with varying success. Here’s some we’ve noticed posting questions there in the past couple of days, including Whole Foods, Lowes and Ben & Jerry’s. They range from intriguing, to boring, to just plain strange:

Whole Foods
The supermarket chain opted to pose a confusing dual question, asking how users get back into their work routines and how they feed their families. Presumably not by spending time on Jelly. 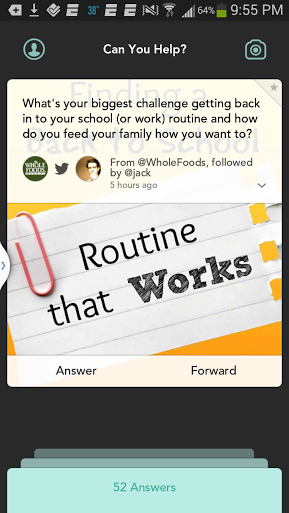 Lowes
The home improvement store asked Jelly users if they’d rather watch the football playoffs in a man cave or a bar. What about those of us with cable TV in our bathrooms, Lowes? Maybe it’s YOUR home that needs improving. 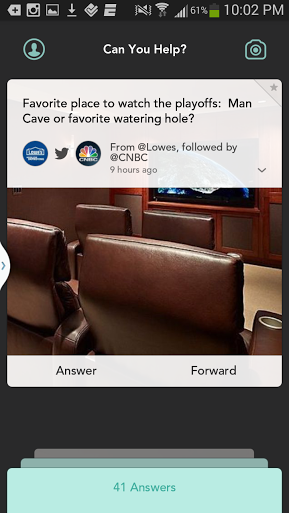 General Electric
GE kept things simple and on-brand, and asked users which scientist they’d sit down with for a coffee if they had the chance. Presumably you also get the opportunity to talk to the scientists. We’d love to know who they’d choose. 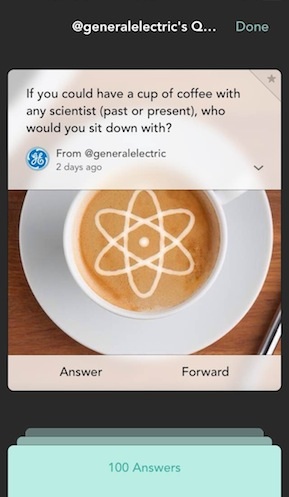 Ben & Jerry’s
Ice cream brand Ben & Jerry’s took the opportunity to highlight its own no-genetically-modified-organism policy with an unimaginative question about GMOs. 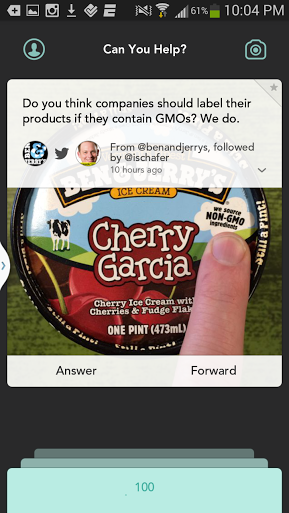 Shutterstock
It’s more of a business brand than a consumer company, but the stock photo service is arguably making better use of Jelly than the companies above — and actually asking a vaguely interesting question. The problem, though, is we have no way to find out the answer. Is it a flower? Or a bunch of pencils with no lead? 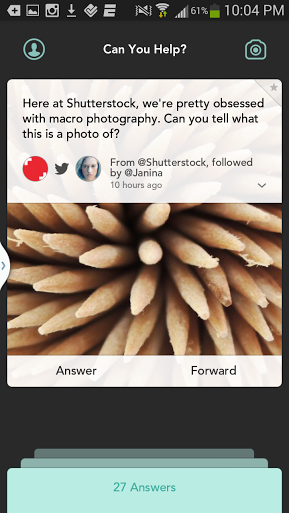