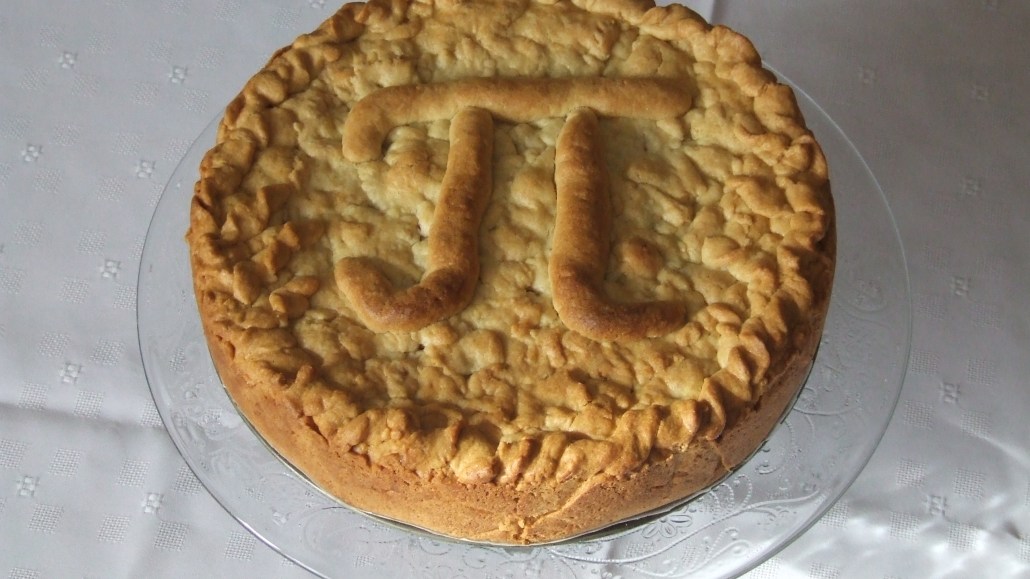 Today is a big day for those of us who love science and baked goods. Not only was Albert Einstein born on this day, but March 14 is also known as Pi Day, because the numbers of the date (3/14) correspond to the first three digits of the mathematical constant (3.14).

Twitter is all abuzz with pi (and pie) jokes. And aside from the expected restaurants tweeting about pie specials, several other brands are getting creative with how they insert themselves into the Pi Day conversation.

A few of our favorites:

Pi is irrational but you shouldn’t be. #GeeksGetCovered at https://t.co/gUhGcP8uxo before March 31. Happy Pi Day! https://t.co/odgDhMUMH3

Ever since President Obama’s appearance on “Between Two Ferns” with Zach Galifinakis, it’s become clear that the White House has found its millennial groove when it comes to flogging its Affordable Care Act. This tweet is light and funny, especially with the #GetGeeksCovered hashtag. Nice job, White House.

This is sort of like celebrating Pi Day. pic.twitter.com/Ygyn2zsgAU

See, even jocks can get in on some math humor.

Which color did you land on? Tell us and we’ll respond with a fun fact in honor of #PiDay. https://t.co/vm5FuD0u9C

Last year GE sent out 314 pies to tweeters using the GE-created hashtag #PiDay, so it’s not surprising that GE had something like this colorful Vine up its sleeve this year for Pi Day.

We appreciate any reference to “American Pie” and its most memorable scene.

This A319 has a tail number that takes #PiDay to new heights! Math geek? Book + Trip = Today! https://t.co/VAAwnUfjSb pic.twitter.com/qoAN93g7DY

If this isn’t just a photoshop job, then kudos to Delta for finding a plane with the Pi numbers on its tail. Even if it is photoshop, it’s at least clever.

In honor of #PiDay, we’ll show you how to create the Pi symbol in InDesign.. 6 different ways. https://t.co/XW2EspuNv8 pic.twitter.com/6HMRWw2eJn

Instead of just saying “Happy Pi Day!” this is a nice example of a brand offering useful content to people.

…and then there’s this one from Hot Pockets:

This guy recently went viral for knowing a thing or two about Hot Pockets — intimately. Might have been better for them to sit Pi Day out this year.