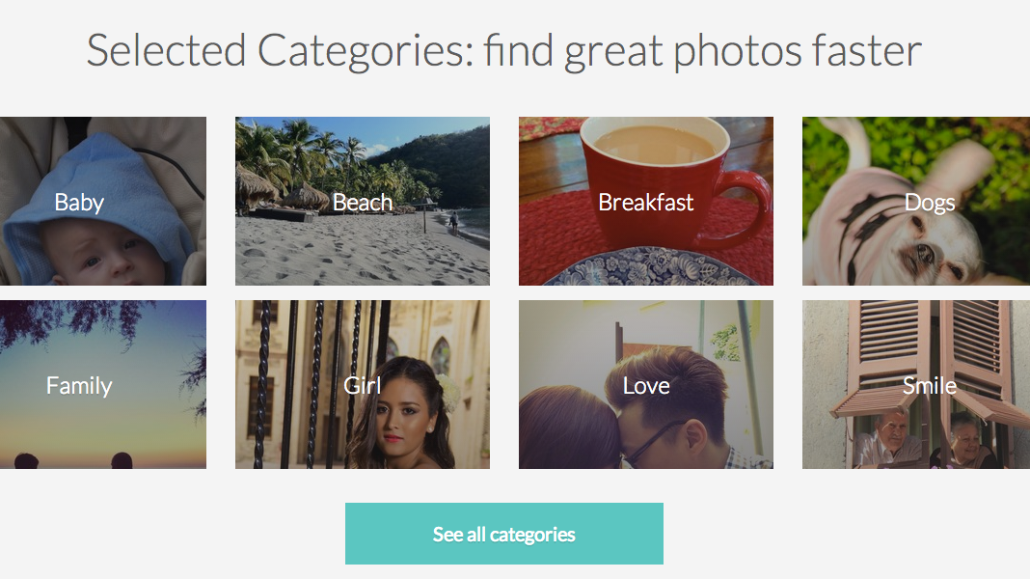 Extra Space Storage recently ran a digital campaign called “Prized Possessions,” sourcing its content by asking people to snap and send pictures of the one thing they couldn’t live without. The company received 1200 photo submissions, many of which it then used to run a social campaign on other channels and in blog posts.

Absolut is currently running a crowd-sourced campaign to get its users to share their “party style”– whether it’s at the bar or the dance floor.

Brands, once wary of putting their messaging in the hands of customers, have come to embrace user generated content to such an extent that a new cottage industry has sprung up to play matchmaker between brands and their fans.

Foap — the platform used by Extra Space and Absolut — is a Swedish user-generated stock photo database that brands can dip into to find pictures for their campaigns. Another is Tongal, a social media platform that crowd-sources creative content video content. A third, Vivoom, offers a similar service — with the added layer of special effects.

“In the past, we’d go to stock photo sites to get images — which were very cookie-cutter and commonplace,” Garret Stembridge, the content and social marketing manager at Extra Space Storage, told Digiday. “Platforms like Foap give us real and authentic content, because they are raw and unpolished and don’t look obviously branded.”

User-generated content and crowd-sourcing is attractive for brands for obvious reasons: It makes the brand more approachable, its campaigns more authentic and builds greater loyalty among its fans. It allows them to cash in on the eagerness of its customers to be co-creators, co-innovators and even evangelists by launching new campaigns on Twitter, Facebook or Instagam every other day. All it takes is a hashtag.

Coca-Cola’s widely popular “Share a Coke” campaign this last summer invited fans to find their names — and the names of family members, friends and coworkers — on Coke bottles across the U.S. It even invited consumers to share their stories and photos using the hashtag #shareacoke for a chance to be featured on interactive Coke billboards across the country. The summer is gone, but the campaign is still trending — with over 5,700 tweets with the hashtag in the past month alone. While Coke didn’t team up with one of these third-party platforms, the campaign’s success is a testament to the staying power of UGC.

In The Pink, a retailer for Lilly Pulitzer, partnered with Vivoom to create an exclusive UGC campaign that boosted the retailer’s social reach, grew its base of followers across major social networks by 17 percent, according to Vivoom, and drove significant sales from new, lapsed and active returning customers alike.

“Many brands have realized the positive effect user generated content can have on their social engagement,” Rick Liebling, head of global marketing at Unmetric, said. “Running a fun photo contest or asking for content that supports a charity — think ALS Ice Bucket Challenge — taps into people’s natural desire to create and share.”

“The Internet has changed everything and more and more brands are looking for deeper, two-way conversations instead of one-way communication,” he said. “In this new era where consumers own the relationship with brands, they have to be very open to new partners and new technologies and embrace them.”

To this end, brands feel that the traditional role played by agencies will necessarily change.

“These new platforms focused on user-generated content allow brands to participate seamlessly in relevant consumer conversations,” Tim Murphy, vp of digital and media at Pernod-Ricard, parent company of liquor brands Absolut and Jameson, told Digiday. “The role of the agency needs to evolve and traditional means of communication won’t play as big a role as they did in the past.”

But agencies aren’t feeling especially threatened by these new intermediaries. Simon Adamson, head of social at AdamandeveDDB, maintained that agencies have no reason to feel threatened. Deborah Marquardt, the svp and managing director at Mediavest, agreed.

“Strategic agency partners will always counsel clients on what’s best for their business,” she said. “Just because something is user-generated, does not mean it’s necessarily simple to generate, manage, contextualize and measure.”

If there is consensus on one thing, it is that crowd-sourcing and user-generated content is here to stay.